The recorded Chick Corea legacy of jazz in creative and explorative manner extends back to Miles Davis, his own Return To Forever jazz fusion band, and over his many collaborative and solo works. One of those inclusions is with his own Chick Corea Elektric Band, later known as Akoustic Band. They released a handful of albums as both of those configurations from 1986 through 1994. Sadly, Chick Corea passed earlier in 2021 at the age of 79. 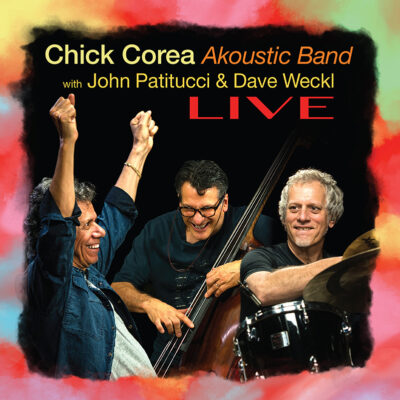 On September 24, Concord Jazz (THANK you!!) will release Chick Corea Akoustic Band Live (with John Patitucci & Dave Weckl). The album documents their January 13, 2018 show in St. Petersburg, FL at the SPC Music Hall. This Live set will contain 13 performance tracks by the trio. This album was being worked on by Chick Corea for its inevitable release before he passed.

The Jazz works of Chick Corea on any keyboard he chose to display it on was always extraordinary!

Akoustic Band Live will be issued on 2CD, DD, and later on November 5, a 2CD/3LP Box.