Tattoo You is a Rolling Stones reissue that was recently ‘leaked…somewhat’ by Ron Wood in an interview. As of today, the news is out that Tattoo You (1981) will celebrate its 40th Anniversary with a lavish set that will include 4CDs and a picture disc vinyl LP along with a few extras like a 124-page hardbound book and cool lenticular sleeve artwork. Yes, many Stones fans have been waiting on this one. I know I have. (I was a better than average fan of Dirty Work (1986), but I did not like Undercover from 1983. I believe that Tattoo You was the band’s last great recorded project.) 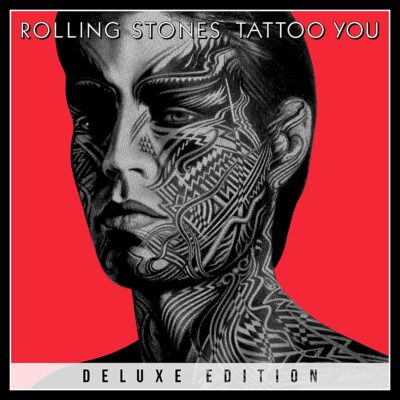 On October 22, The Rolling Stones will unleash the 40th Anniversary Deluxe Edition of Tattoo You that will be issued in various formats and configurations. For the die-hard collectors, the 4CD/1LP set will provide the original album with a new 2021 remaster. The album is strengthened by 9 new and unheard tracks which include an early version of “Start Me Up”.

The remaining two CDs will feature the Stones‘ “Still Life” concert heard at Wembley Stadium in London on June 26, 1982. (The Stones played the venue on June 25 also.)

One of the previously unheard tracks from CD2 – “Living In The Heart Of Love” can be heard below. 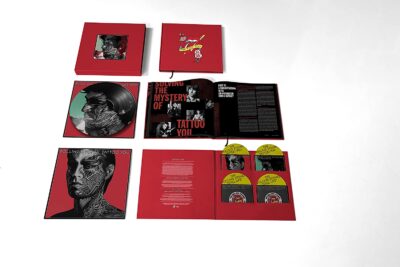 The 40th Anniversary celebration of Tattoo You will be attended by a 4CD/1LP Deluxe package (with 124-page book), a 4CD Box, a 2CD set, and a 1CD release (original album only). There will be a 5LP Box (with 124-page book), a 2LP Black vinyl set, a 2LP clear vinyl set, a 1LP picture disc, and a 1LP black set. All LP sets are 180g-weight vinyl. A Cassette edition is on the market as well as a wealth of bundled packages that include tees. Pre-order away here.