We were all in love when Chrissie Hynde let lose with her music heard as The Pretenders. Not to “diss” or “shade” the others – they were essential – but it was the beauty and gravitas of Chrissie Hynde that created “value added” to the band. For 11 Pretenders albums, and two solo creations, Chrissie Hynde remained relevant, which is not an easy thing to do for aging artists (No, Chrissie…you’re STILL amazingly beautiful!). So, when Chrissie wants to do a covers album of Dylan tunes, I say…let’s hear it! 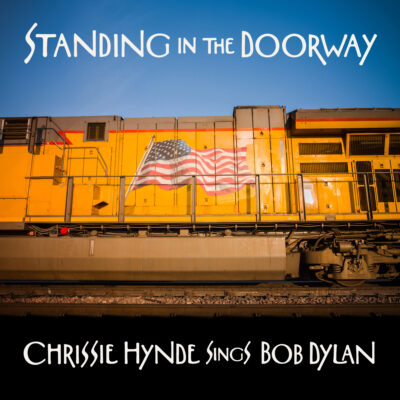 On August 30, Chrissie Hynde will release her third solo album, Standing In The Doorway: Chrissie Hynde Sings Bob Dylan. The physical CD and vinyl LP follow on August 20. In it are nine songs recorded during everyone’s favorite hiatus period. And while I’m betting there were some outtakes from these recording sessions, it doesn’t look like we’ll get to hear them. I would have loved to hear Chrissie’s take on anything from Empire Burlesque, or Street Legal. Nevertheless, I like this offering.