The Coral is a UK band that has been with us for a long while. Unlike many of their UK counterparts that were birthed around the same time, The Coral has held it together for over two decades. Even better, they’ve given their fans nine studio albums spread out over those two decades. Their eponymous debut issued in 2002; their last, Move Through The Dawn, dropped in 2018. Their US presence is not as good as the band would hope, with only their debut album generating some excitement in the US market. But their Euro acceptance is well established with all of their studio efforts charting over a range of Euro markets that include the UK, Japan, France, and Belgium. For the life of me, I personally do not get the low US interest for The Coral. But that has plagued many a UK band in the past, even as far back as the ’60s and ’70s. 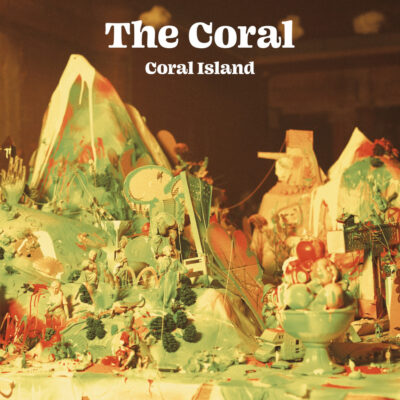 On April 30, The Coral will release their 10th album, Coral Island. This new set will feature 2 albums filled with 24 new songs from the band. CD1/LP1 are titled as Part One, while CD2/LP2 are titled as Part Two. Developed prior to the pandemic, the album shaped into a 2-parter because the concept used allowed for further exploration of its Coral Island theme. Incorporated into the album are narrative parts voiced by a member’s grandfather. to cohesively tie the songs and the album together.

Coral Island currently has three songs in release as fore-running singles (hear below). Coral Island will release as 2CD, DD, 2LP (standard black, and a limited edition red vinyl, both pressed onto 180g-weight vinyl. A double Cassette version is also in production. The 2CD set provides a booklet and an A4 print card. The 2LP sets will include a 12″ print. There are exclusive all-inclusive bundles offered for the collector.