In 1967, a psychedelic rock band by the moniker of The Youngbloods released a track that even today is revered for what it is, a plea to people to come set aside differences and “Get Together”. The band dissolved after five albums, three with RCA Records. Jesse Colin Young, who was The Youngbloods’ contributing vocalist, resumed a solo career. To date, Jesse Colin Young has released sixteen solo albums. His last was Dreamers, released in 2019. From 1973 to 1977, Jesse Colin Young enjoyed a measure of success with four Warner Bros Records sets (Song For Juli – 1973, Light Shine – 1974, Songbird – 1975, Love On The Wing – 1977), and eight singles from those best-selling albums. 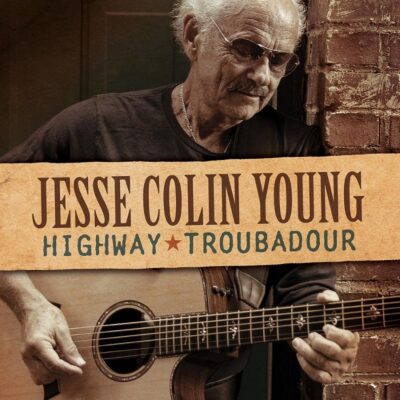 On November 27, Jesse Colin Young returns not with an album of new originals, but a new albums of re-recorded old originals. the new album is being called Highway Troubadour, and will contain 11 re-imagined songs from his past collection. For this new set, Jesse Colin Young reaches into both The Youngbloods and his solo works for song selections. A new version of “Cast A Stone” can be enjoyed below.