As the ’80s came into existence, it brought with it a changing world of music. It broke every imaginable barrier and explored every imaginable style, often in extraordinary merges of sound. By the time 1981 arrived, Klaus Nomi had established himself as an artist with a different tack. He used an operatic voice to make New Wave songs, and he did it with ease. He had even captured the attention of David Bowie, who used him in several TV appearances (here). Sadly, Klaus Nomi died in 1983, and unfortunately left behind only two  classic albums. 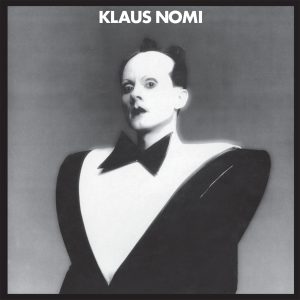 Klaus Nomi provided a unique flair to the Chubby Checker classic, “The Twist”, and enjoyed a minor hit with his rendition of Lou Christie’s “Lightning Strikes”. An FM staple play included “Total Eclipse”. All are worth hearing, especially if you’re a fan of ’80s music.