20th Anniversary Remastered and Expanded Reissue Of Classic Aquabats Album, The Fury Of The Aquabats!

In the late ’90s, the band known as The Aquabats decided to tread fresher territory previously paved by Devo in the ’70s. Using a core of Punk, Ska, Surf, and Rock n Roll, The Aquabats created a style that belonged exclusively to them. One time band member, Travis Barker, who would go on to play for Blink-182, was known as The Baron von Tito. Along with the leader, The Bat Commander!, the Orange County-based band went on to enjoy a nice following of fans.

On April 20, the band will reissue their popular 1997 sophomore album, The Fury of The Aquabats! To celebrate the album’s 20th Anniversary, the band has planned a remixed and remastered expanded edition. The new edition will expand by four bonus tracks, including the previously unreleased “Hockey Fight!”. 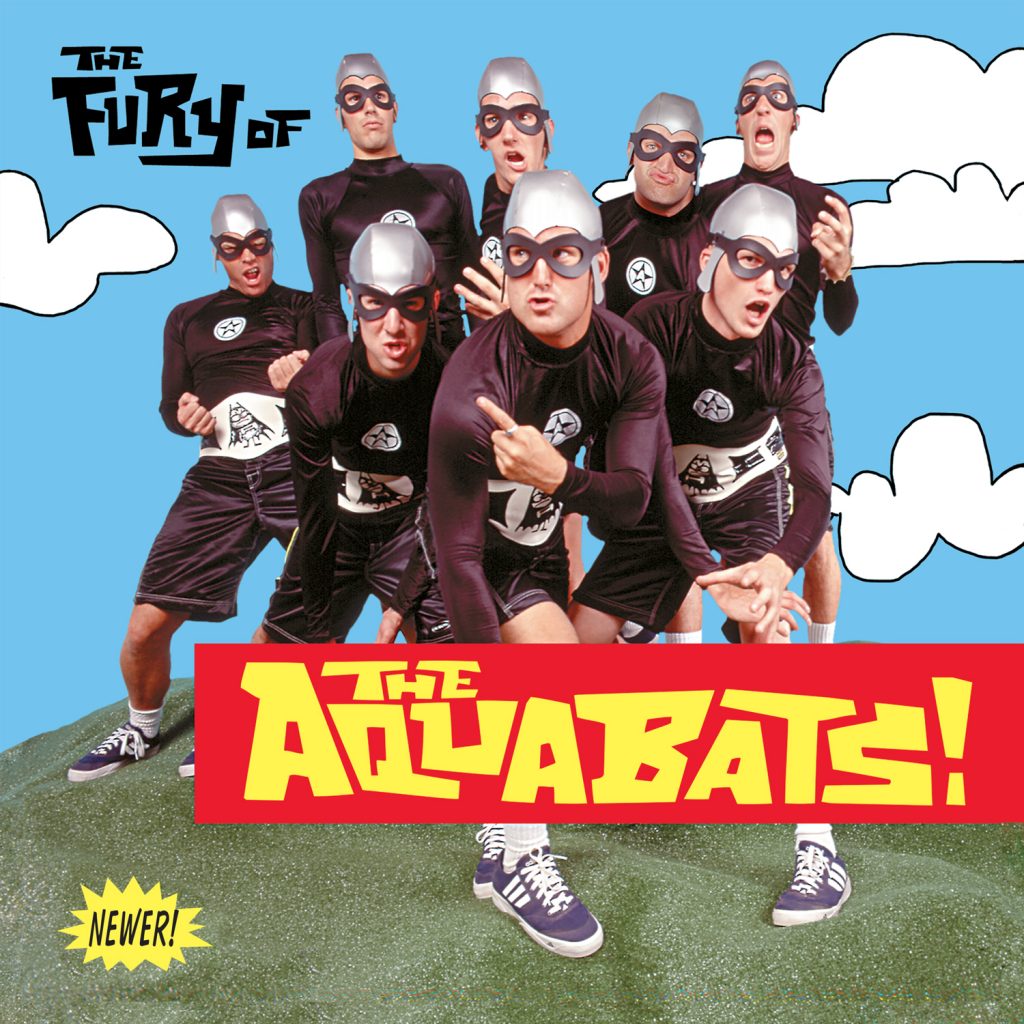 This 20th Anniversary reissue of The Fury Of The Aquabats! will be released on CD, DD, and neon green vinyl 2LP.  A limited edition and signed 2LP blue colored vinyl is planned for April 6.  Of these, there will only be 1500 copies. A limited edition red color 2LP set is only available in 1000 copies. The LP releases will include DD.