For those of you that like a ‘blast from the past’ sound catch involving members of past classic band, then Snakecharmer is a band for you (if you’re unaware). Started in 2011 by Micky Moody (who is no longer with the band), and Neil Murray, both who have had stints in Whitesnake/David Coverdale bands. Also included in the mix is Laurie Wisefield (Home/Wishbone Ash), Harry James (Thunder/Magnum), Adam Wakeman (Ozzy Osbourne/Black Sabbath), and Chris Ousey (Heartland). Added after Moody’s departure was Simon McBride (who is now with Deep Purple after the departure of Steve Morse). The band has two albums in release, Snakecharmer (2013), and Second Skin (2017).

On October 28, Snakecharmer: Anthology will be released as a 4CD box. It will contain both albums (newly remastered) as well as two live shows. Each original album CD will append bonus tracks, including two Japanese-only issue tracks from the sessions. A defining booklet covering the band is packed in. 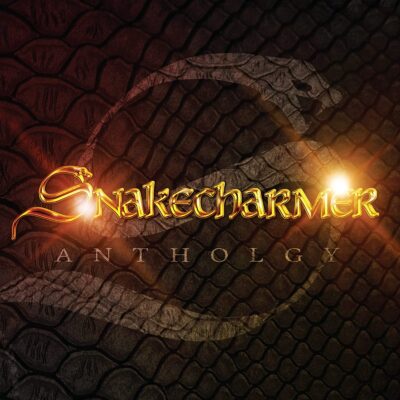 The 4CD box is being released via Spirit of Unicorn Music, a subsidiary of Cherry Red UK.