Leonard Cohen entered the world of music with his 1967 album, Songs Of Leonard Cohen. It displayed vibrant mastery of the folk genre using a poetic approach that immediately captured fans (myself included at the young age of 11) with the issuance of “Suzanne” as a single. The album itself was home to four of his best known tracks that often display on ‘best of’ collections.

On October 14, Legacy Recordings revisit the art of Leonard Cohen with a new ‘best-of’, a precise collection of his best known songs. While the 2002 assembly of The Essential Leonard Cohen still best represents him, this new issue will help to condense the mystique of Leonard Cohen to a mere 17 tracks that reach from the beginning of his musical career all the way through to his 2019 posthumous album. 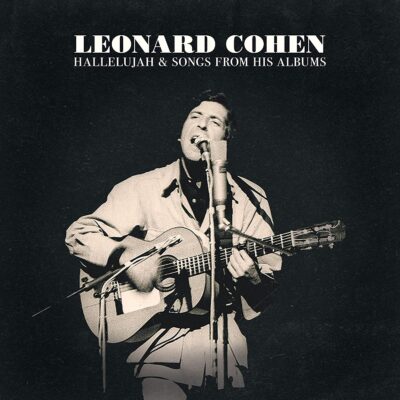 This new set, to be known as Hallelujah & Songs From His Albums, will be released on physical media later in the year while the DD versions of these tracks are available today. “Hallelujah” will be presented as a Live in Glastonbury track.