I’ve always thought that Greenslade were criminally underrated as a Prog band. And I’m as guilty as anybody who simply didn’t listen to them because they eschewed the guitar in their music for the most part. Eventually, having already heard some of their music on FM radio, I decided to give their catalog the listen they deserved. They were great. My bad. Unfortunately, Greenslade only released four albums during their short 1973-1975 existence. At least we have those. 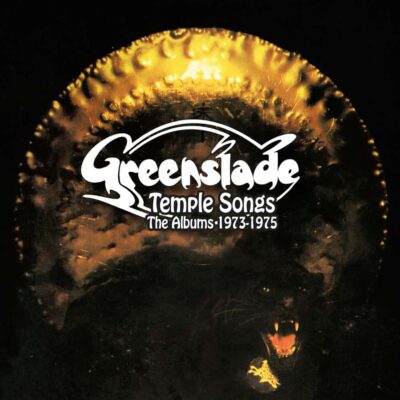 On July 2, Esoteric Recordings will pack them all into a 4CD Box set, Temple Songs The Albums 1973-1975. This box will feature new remasters of the four albums of Greenslade released during their first tenure during the ’70s. The clamshell box will also contain a new booklet with new notes and an essay along with a collectible fold-out poster. There are no bonus tracks included.