Madeleine Peyroux, a Jazz-oriented singer of tunes with a bluesy tinge to them, has graced the music world with nine studio albums (one with Atlantic Records, four with Rounder Records, three with Decca, and one with Verve). With a beautiful and mesmerizing voice, Madeleine Peyroux has established herself as an artist of note. Her debut album with Rounder – Careless Love – brought a wide range of attention with its covers of classic songs written by the likes of Leonard Cohen, Bob Dylan, Hank Williams, Elliott Smith, and others. Her rendition of “This Is Heaven To Me” is as haunting a version today as the year she released it (listen below). Her version of “Dance Me To The End Of Love” is a wondrous Bessie Smith-like jazz re-imagination. Careless Love originally issued in 2004. 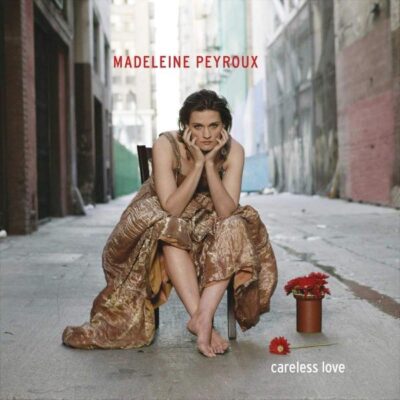 On August 27, Craft Recordings will reissue Careless Love in a 2CD package that will include fourteen performance tracks from her July 15, 2005 show at the Festival de Jazz de Vitoria-Gasteiz in Spain. The original album will be newly remastered for this reissue. There will also be a 3LP edition for this title available, same date.