Tom Petty and The Heartbreakers recorded a soundtrack for the 1996 Edward Burns film, She’s The One. The movie underperformed at the box office, but the soundtrack issued sold well garnering a Gold album designation. The album contained some songs that were intended for Wallflowers but were left off it. This year celebrates the 25th Anniversary of the soundtrack for She’s The One. 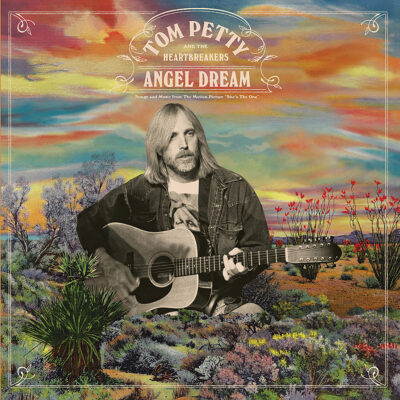 On July 2, the She’s The One soundtrack will be reissued as Angel Dream. The highlight of the set will be that the songs have been newly remixed. The songs from the Wallflowers sessions have been removed and are being replaced with four other previously unreleased bonus tracks (“105 Degrees”, “One of Life’s Little Mysteries”, “Thirteen Days”, and the instrumental, “French Disconnection”).

This reissue is considered a “reimagining” of the original soundtrack in order to forge a more likely individual (read: new) Tom Petty & The Heartbreakers album release. This news was announced earlier by other outlets as a Record Store Day drop, but the fact is there will also be a CD release of this new set. The album art has been redone creating a compelling reissue acquisition for your already well-developed Tom Petty library.