The Tragically Hip released fourteen studio albums between 1984 and 2016. Unfortunately, Gord Downie passed away in 2017 and the band officially retired shortly thereafter. But recently, the band discovered six unreleased tracks believed lost in the Universal fire. Five of those tracks were original recordings while the sixth is a live version of a song written at the same time (the original recording of the song “Montreal” remains undiscovered). These tracks were from the band’s sessions for the Road Apples album from 1991. 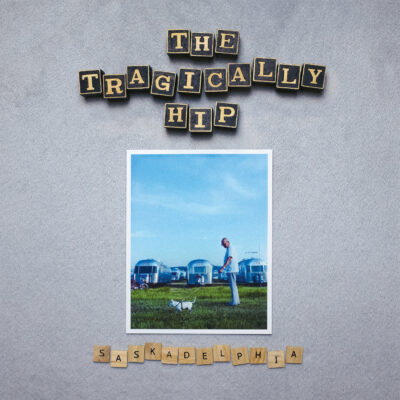 On May 21, Saskadelphia will be surprise-released as an album to bring those “lost” tracks to life for fans of the band. As the story goes, Road Apples was intended by the band to be a double album. The label rejected that and insisted Road Apples be released a single album. The other tracks were left in boxes and shelved. Miraculously, these songs (save for the one) were found and Saskadelphia was born, decades later.

Saskadelphia will be released on CD, DD, and vinyl LP.