The Pogues were a strong Irish band that combined traditional Celtic roots sounds with Punk to jump into the accepting high flames of ’80s music. Stiff Records signed the band in 1982 releasing Red Roses For Me as their debut. But it was their second album, the Elvis Costello-produced Pogues classic, Rum, Sodomy & The Lash (1985), with its popular singles, “A Pair of Brown Eyes”, and “Dirty Old Town”, that grabbed the ears – and hearts – of even more fans. Over 14 years, The Pogues released seven albums, four of them Gold status. 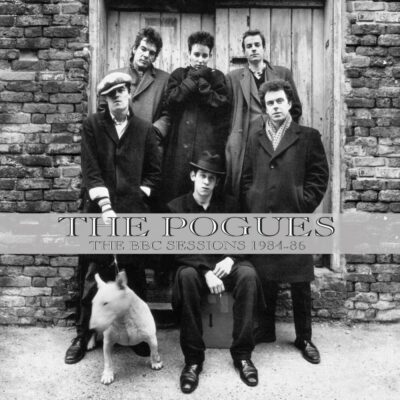 On October 30, Rhino and WB will release a nice expanded collection of BBC sessions tracks on CD and DD, originally designed for RSD on vinyl. This 23-track collection draws together six different session periods selecting familiar classic Pogues (and Pogue Mahone) gems for a nice roundup. The set is called The Pogues: The BBC Sessions 1984 – 1986.  There are two select sessions that are contained here that were NOT on the RSD vinyl release of the same title.