Since 1970, Bruce Cockburn has provided us with more than thirty albums of studio, live, and compilation value. In all of them, Cockburn has successfully translated his viewpoints and beliefs into some of the more engaging music and lyrics of more than many singer-songwriters. His last album, Bone On Bone was released in 2017. Over time in both his home country of Canada, and the neighboring US, Bruce Cockburn has achieved single successes repeatedly. That’s quite an accomplishment. 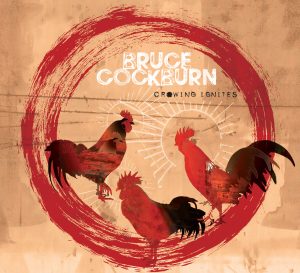 On September 20, True North Records will release a new album for Bruce Cockburn, this time without lyrics. The all-instrumental album will be called Crowing Ignites and will feature his acoustic guitar techniques. He  will be accompanied by a group of trusted fellow musicians to properly complement his style and allow for his guitar to shine through as intended. Crowing Ignites will contain eleven brand new compositions. The styles will weave from Rock, Blues, Jazz, and Folk along with forays into world music. Enjoy a new track (“Blind Willie”) from the album in the audio YouTube below

This new release will find Bruce Cockburn showcasing these and other songs on a recently announced Canada/US our that will take him to more than forty stops.