Between 1985 and 1987, Tangerine Dream released a series of albums. Those albums, while engineered from he mind of Edgar Froese, represented a new band in place following the departure of Peter Baumann. Chris Franke would still remain with Edgar Froese throughout these Blue Years. The Blue Years represent the period of time spent with Jive Electro Years. The albums include Le Parc (1985), Green Desert (1986), the classic Underwater Sunlight set (1986), and Tyger (1987). 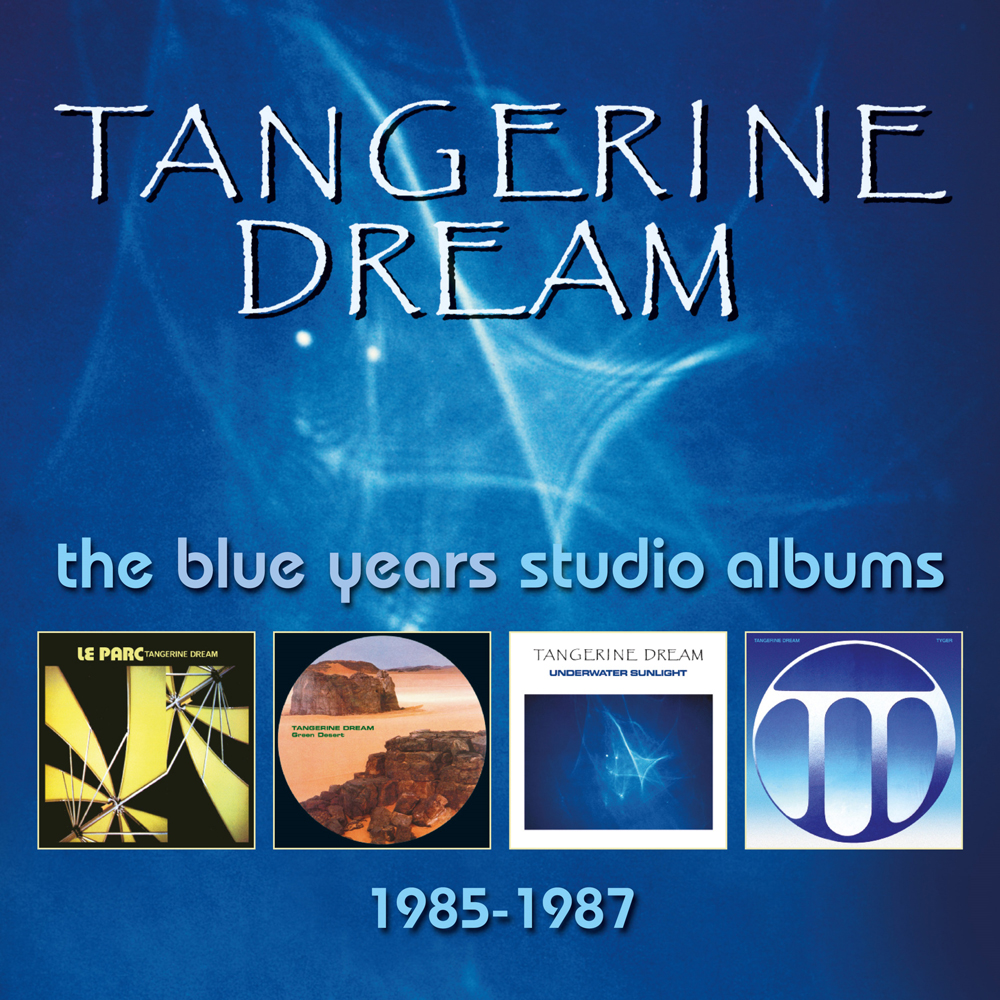 On February 22, Cherry Red’s Esoteric Recordings label will reissue these four albums, all newly remastered as The Blue Years Studio Albums 1985-1987. They will be housed in CD wallets, and collectively housed in Cherry Red’s signature clamshell box. A Tangerine Dream poster is included in the box.

(…While we wait in anticipation of the much desired 16CD/2BD-Audio Tangerine Dream Box set filled to the brim with remixes, remasters, bonus tracks, and original albums from the Virgin Years (In Search of Hades?))!