Review: 360 Degrees Of Billy Paul, War Of The Gods SACD

SACDs, although now somewhat obsoleted by most of the music industry, still have a presence strong enough to encourage some specialty labels to remix classic albums in this DSD format. And of course, there are fans of the format still out there with musical loves that cross SACD borders wonderfully. One such album is the subject of this review, two in fact: 360 Degrees Of Billy Paul, and War Of The Gods.

The singer is, of course, Billy Paul, best known for his “Me And Mrs Jones” classic hit, written by the inimitable songwriting team of Gamble and Huff, and here assisted by Cary Gilbert. But with his second album, 360 Degrees Of Billy Paul, the singer also provided compelling covers of Carole King’s “It’s Too Late”, Elton John’s “Your Song”, and Al Green’s “Let’s Stay Together”. These were alongside Gamble/Huff originals (and other writers) like “Brown Baby”, “Am I Black Enough For You”, and a few others.

A year later, Gamble and Huff upped the game for the capable Billy Paul, supplying him with a collection of timely and spiritual songs that go up alongside the classic soul and political evaluations of Marvin Gaye’s What’s Going On? (1971). Billy Paul released War Of The Gods to critical acclaim, and acquired a successful Top40 song, “Thanks For Saving My Life”. That song is a strong use of his talents and he was rewarded with chart placement.

The Vocalion label out of the UK has a history of presenting grand titles like Deodato’s classic, Prelude, as well as Deodato 2; Weather Report with Night Passage, and Tale Spinnin’; Art Garfunkel’s Breakaway; classic Hiroshima titles; The Guess Who; and many, many more. All of these titles and more are presented desireably in a variety of formats that include SACD in both Stereo, and original 4-track Quad Multi-channel. 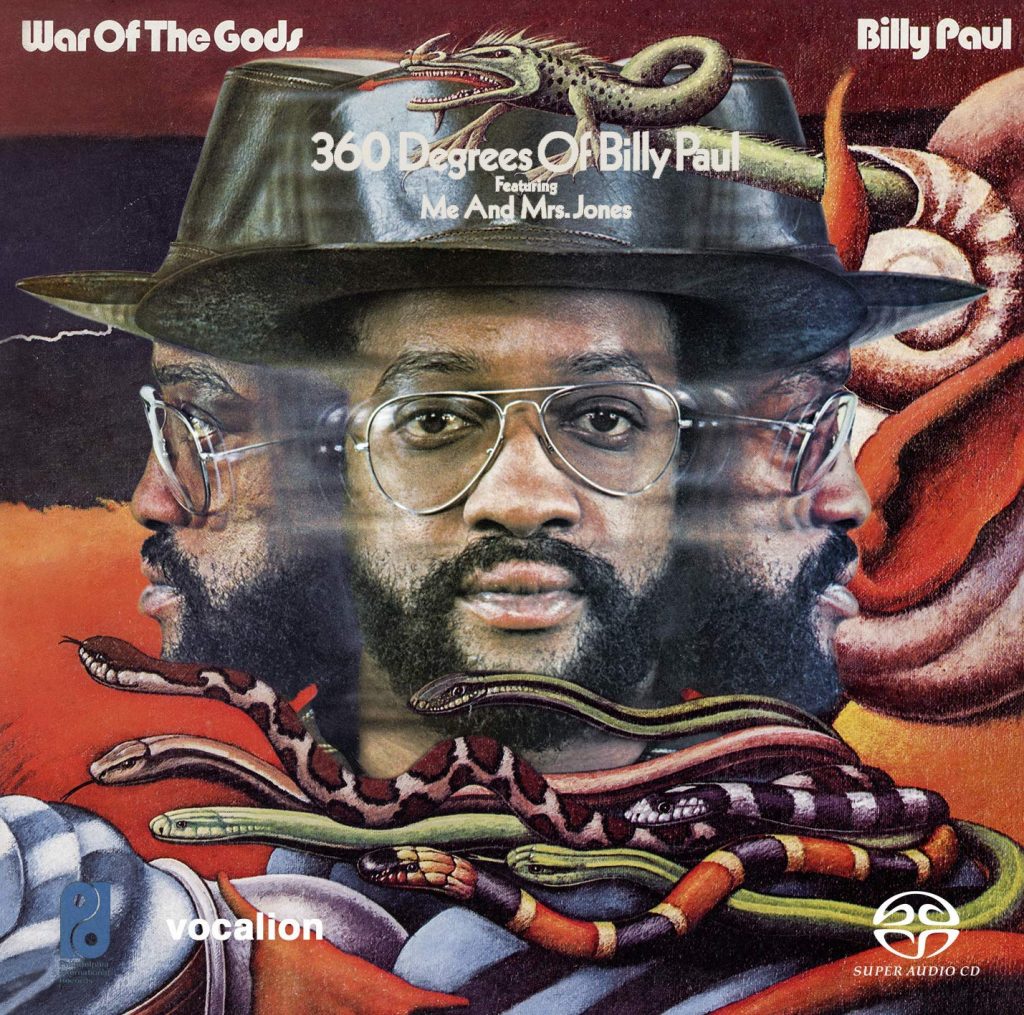 With the new release of the combined classic albums of Billy Paul – 360 Degrees Of Billy Paul, and War Of The Gods, Dutton Vocalion has delivered a beautiful and hair-raising SACD of each on a 2CD set. Not only are the Stereo versions of each album presented in immaculate clarity, the 4-channel Quad formats are provided for fans of multi-channel. Here they are presented not only as a stunning audio experience, but also as a preservation of history. The Quad versions of these titles have been out of print and virtually unattainable financially for well over four decades.

Both albums in SACD are revealing and beautiful to listen to. If you have the desire to own this for the SACD mixes, now is the time to get one before they fall into the hands of unscrupulous sellers other than from Dutton Vocalion and reputable retail stores.

The label includes a booklet with a nice blend of the two titles’ artwork for the cover, photos insides, a list of credits, and a five page essay by David Zimmerman, who lays out the history of both titles.

This SACD belongs in any collection of fans of the Soul of the ’70s! Billy Paul possessed vocal skills as important and as nuanced as many of the classic Soul performers of the ’70s including Marvin Gaye.

This SACD  is a Hybrid and will also play in any CD player although the SACD version requires a dedicated SACD player.