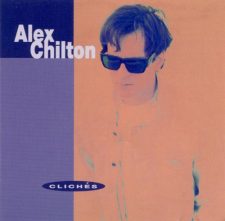 On February 8th, From Memphis to New Orleans and Songs From Robin Hood Lane, two thought-provoking looks at an often overlooked period of Chilton’s long, curious career, will be released. He was at the height of his cult star fame in the mid-1980’s to mid-1990’s when he made these recordings. It is some of his best, most honest work, oddly neglected for some time, but delivered here, for enthusiasts and neophytes, alike. All these recordings have been out of print for decades.

From Memphis To New Orleans features the best of his recordings from the 1980’s, made at Memphis’s famed Ardent Studios, after a self-imposed exile in New Orleans. The collection includes a mix of cheeky Chilton originals like “Lost My Job” and “No Sex”, as well as covers of some of his favorite vintage soul and pop, such as Willie Tee’s “Thank You John” and the Goffin/King chestnut “Let Me Get Close To You.”  These tracks are culled from hgqw

Songs From Robin Hood Lane sees Alex revisiting songs from the Great American Songbook that he learned from his father, Sidney Chilton, a jazz trumpeter and pianist, when he was a kid growing up in the Memphis suburbs during the 1950’s. This set includes “There Will Never Be Another You,” Chet Baker’s “Let’s Get Lost,” “That Old Feeling” and nine others, some being previously unreleased recordings and others that are quite rare. These performances are some of his most expressive singing from his solo career.

Please note:  the above album covers for High Priest, Cliches and Set are some of the original sources from which several tracks have been culled!