With the factious element of discord among the components of Yes, it was only a mater of time before the taking of sides became an issue. Unfortunately, this is true of many bands. Yes is not the first, nor will they be the last. Some time back, Jon Anderson teamed with Rick Wakeman, and Trevor Rabin to create an equally engaging YES band with as much organic DNA as the Howe-led edition. Previously, I had mentioned that a live set from YES featuring Jon Anderson, Trevor Rabin, and Rick Wakeman was in the offering. It was recorded at the collective’s 2017 O2 Apollo show in Manchester. 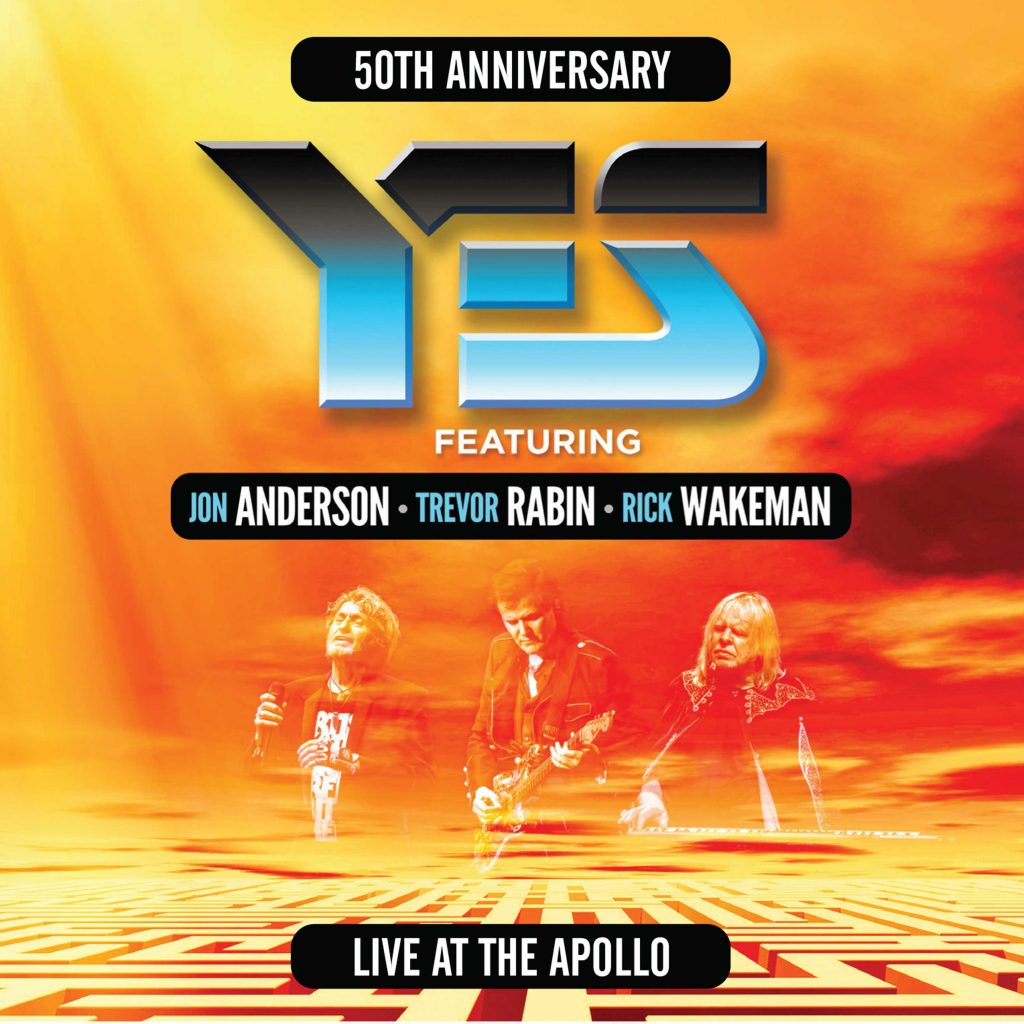 On September 7, Eagle Rock Entertainment will release 50th Anniversary – Live At The Apollo by YES featuring Jon Anderson – Trevor Rabin – Rick Wakeman. It will be released on 2CD, DD, and an HD (48kHz/24-bit) DD version. Also planned for release is a 4LP set as well as DVD and BD (Blu-ray).

Preceding the album’s release, there are three scheduled singles that include a standard DD of “Roundabout”, and both DD and HD DD of “Rhythm of Love”. As reported previously, “Roundabout” is scheduled for August 24, while “Rhythm of Love” in both versions will precede on August 17. It will be these pre-released tracks that will give you a taste of what this version of YES sounds like (unless you’ve already seen them in a concert setting).