Two Magazine Classics To Be Reissued As 180g Vinyl Issues

Magazine, a post-punk band from the late ’70s (and a personal favorite from the era), is helmed by Howard DeVoto, who left The Buzzcocks to form the band. Although the band only released five albums (four during their original tenure, one late addition to the library), their impact was incredible and noteworthy. Few bands during this formative period gained much notoriety in the US due to the rise of metal bands and Pop music. But in the UK, many of these bands were at the top of their game. Nevertheless, the US had some extremely attentive music lovers who scoured for the obscure bands.

On February 2, two of Magazine‘s albums will be reissued on 180g-weight vinyl. The albums planned for release are the band’s debut issue, Real Life (1978), and their last original tenure set, The Correct Use of Soap (1980). These bookends SHOULD be accompanied by their middle two, but I’m a patient sort. 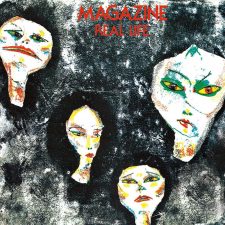 These vinyl LPs are funded through Pledge Music and will be issued through the UK market. So if you want one (or both), either get thee over to PledgeMusic (here), or be vigilant at the UK market stalls (physically or virtually). 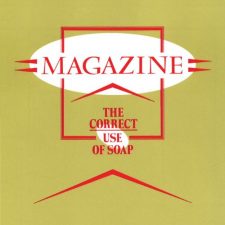 If you need a refresher (or introduction) to Magazine, listen below.