In a world of classics, Ozzy Osbourne stands tall as an elder stateman of the entire Rock history. His time with Black Sabbath is unmatched; his works as a successful solo artist is classic. Even now, after 12 albums bearing his own name, his work is recognizeable by several generations.

On September 9, Ozzy Osbourne will return with is next album, an All-star set to be called Patient Number Nine. Within are 13 new tracks. One of those songs is in current release – “Patient Number Nine”, and fearures a collaboration with Jeff Beck. The other songs have features like Tommy Iommi, Zakk Wylde, and Mike McCready. 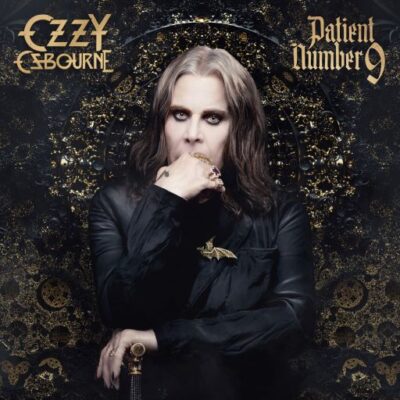 Patient Number Nine will be released on CD, DD, CS, and black vinyl 2LP. There are two versions, one being a special cover art by Todd McFarlane, and the other the cover you see here. A Deluxe Box will contain clear vinyl 2LP, a slipmat, and a speecial edition comic book by Todd McFarlane. Everything that is Patient Number Nine can be ordered here.