New Jack Johnson Album – Meet The Moonlight – Is In Release

As the strains of the last millennium gave birth to the 2000s, a SoCal surfer by the name of Jack Johnson rose to stardom with his 2001 debut entry, Brushfire Fairytales. This album sold well over a million copies delivering songs like “Flake”, and “Drink The Water”. His anticipated followup – On And On – arrived in 2003 and sold more than a million copies all on its own. Over time, Jack Johnson has recorded and released 7 albums, many of them million sellers in their own right.

Sometimes, an upcoming album slips right past me. The recently released new Jack Johnson album – Meet The Moonlight – was one of them. Meet The Moonlight was released on June 24. Inside, the new album contains ten new songs. One of those songs is out as the albums’s single, “One Step Ahead”. You can enjoy that below. If you are a fan of Jack Johnson, and you were unaware, then this late post has done its job. 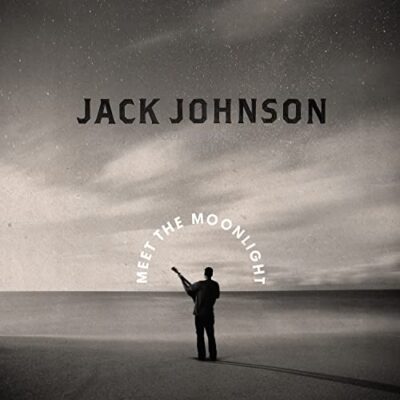 Meet The Moonlight is out on CD, DD, and an exclusive 180g-weight Liquid Silver color vinyl LP.