Tom Chapin may not have enjoyed the rampant fame that his brother, Harry Chapin had, but his music was just as refreshing. His first album was Life Is Like That, which was issued in 1976. Since that debut, he has released more than 25 albums, his last in 2019 on the same label that he began with in the ’70s.

On September 21, Tom Chapin will release his next album, Hold Our Ground. The album will offer some originals as well as a some covers, even a few “recycled” tunes. 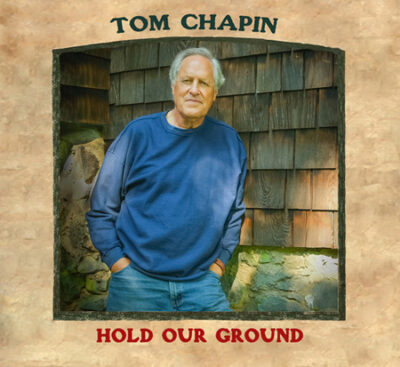 Hold Our Ground will issue on CD and DD.