In the late ’70s, a Canadian guitar player by the name of Pat Travers began to make a name for himself with a string of well-received albums and a growing fanbase. The Pat Travers Band peak period went into the ’80s. The successful albums included a popular live set, Live! Go For What You Know released in 1979. Overall, Pat Travers has some 25 studio albums along with a handful of live sets.

On August 19, Pat Travers will release a brand new album with The Art Of Time Travel. It will contain 10 new songs, most coming from the Covid period of isolation. It’s said that the new album brings back the blistering music that he recorded back in his peak era. And I’m all for that! A track from the album is in release, “Push Yourself”. It can be heard below. Other tracks are available on YouTube. 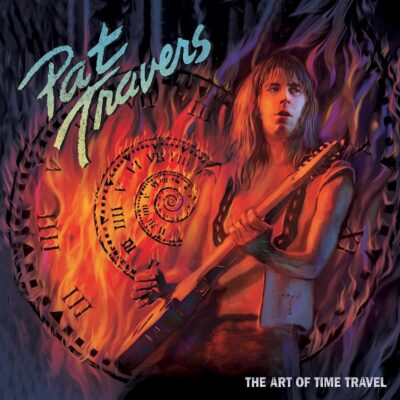 The Art OF Time Travel will be released on CD, DD, and Limited Edition Red Marble vinyl LP.