When you hear the names of Tim Finn (Crowded House, Split Enz, The Finn Brothers), and Phil Manzanera (Roxy Music) together, then you already know something special is up. Previously, the duo had released their first album – Caught By The Heart – in 2021.

On July 29, the pair will release their next collaborative collection of songs to be called The Ghost Of Santiago. Like its predecessor, this album reaches into the recorded sessions from the pandemic lockdown between the two musicians. The music is described as World Music and pulls from many creative angles and influences. One song is currently in release – “The Ghost Of Santiago”, drawn from a set of ten songs. Listen below. 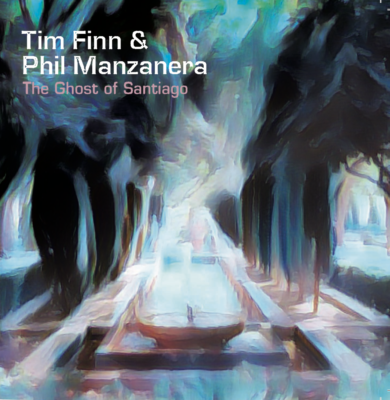 The Ghost Of Santiago will be released on CD, and DD.