Formed in 2013 as a pair of singers who have taken their friendship to a professional level, this UK band quickly found rabid interest in their music by appreciative fans. By the time their second album was released, they had an audience eager to hear what they could do as an extension of their first album. The second album, I’m All Ears produced 4 hit singles in the UK, and the album hit ‘best of’ lists. 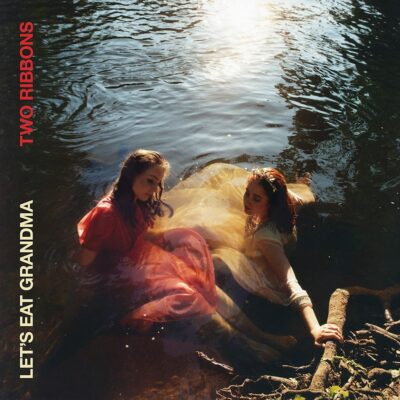 On April 8 of 2022, Let’s Eat Grandma (a naming convention joke on the placement of commas) or LEG, will release their anticipated third album, Two Ribbons. The new album comes almost four years after their previous and was hinted at with the release of a new single – “Hall Of Mirrors” in September. They now have another new single from the upcoming album in release – “Two Ribbons”. Both songs can be heard below. Two Ribbons will contain 10 new songs by the duo.

Two Ribbons will be issued on CD, DD, CS (in a gold glitter casing), and vinyl LP (a limited edition gatefold with a bonus 7″ vinyl single, “Give Me A Reason” with no B-Side, and a standard black vinyl LP set). Here is the pre-order link.