The legend of Ozzy Osbourne, first with Black Sabbath, then as a solo performer, is intact for all of Rockdom. With 10 albums with Black Sabbath (two after the peak Osbourne/Sabbath period), and 12 solo efforts, Ozzy has not been slack in releasing music for fans. During his peak solo period, he released many albums that rose to multi-platinum heights and delivered on many successful tours. He followed up The Blizzard Of Oz with Diary Of A Madman, which celebrates its 40th Anniversary this year. 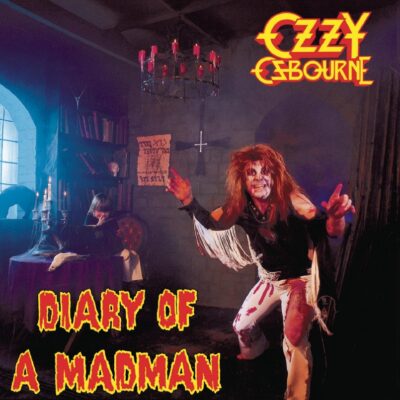 On November 5, Legacy Recordings will deliver a DD-only 40th Anniversary update to the Ozzy Osbourne classic Diary Of A Madman album with two bonus live tracks.