The name of Kasim Sulton easily springs to mind if you were a Utopia fan back in the ’70s. Primarily a fluid lineup, Utopia enjoyed its proggy worldwide peak with Kasim Sulton at bass (Roger Powell at keys, John Wilcox at drums, Todd Rundgren at guitar) with five albums from 1977 through 1982 (Ra, Oops! Wrong Planet, Adventures In Utopia, Deface The Music, Swing To The Right). Kasim Sulton has toured and recorded with Blue Öyster Cult, Meat Loaf (even singing backup vocals on Bat Out Of Hell), Hall and Oates, Joan Jett, The Rubinoos, Patty Smyth, Cheap Trick, Rick Derringer, Celine Dion, and other artists. His solo work involves three albums (Kasim – 1982, Quid Pro Quo – 2002, Three – 2014). He collaborated with Tom Price on a 1986 effort, Lights On. Kasim Sulton enjoyed a Canadian Top 40 hit single from his Kasim album with “Don’t Break My Heart” (heard below). 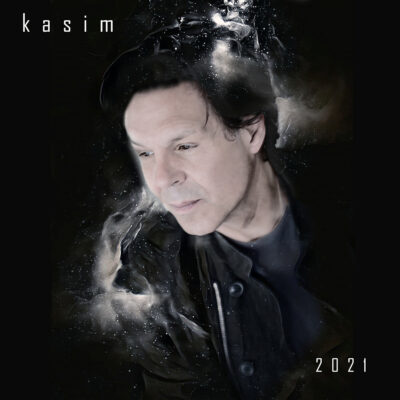 On September 17, Kasim Sulton will release his next solo album with Kasim 2021. Inside will be 12 songs, one a cover of Nick Lowe’s popular “(What’s So Funny ‘Bout) Peace Love & Understanding”. Deko Music will release the new album on CD and DD. Kasim is touring this year and next. Kasim Sulton also hosts a weekly radio show (It’s My World & Welcome To It) on RadioWoodstock that can be tuned into by visiting RadioWoodstock here (101.1 FM if you live in Woodstock, NY).