While listening to The Garden Party, the 2CD Martin Turner set of live songs from the Wishbone Ash catalog, I was – once again – struck to notice that the Live Dates album from 1973 could actually be a Deluxe Edition from the Universal umbrella. I have sent a message to Martin Turner via his Facebook page to mention the potential project to him.

Martin Turner, has remastered Argus (I wish he could do the same for Wishbone Four, There’s The Rub, Pilgrimage, Wishbone Ash, Locked In (which I LOVE), New England, and even No Smoke Without Fire. But definitely, I believe that the one album with a real shot at presentation would be Live Dates. 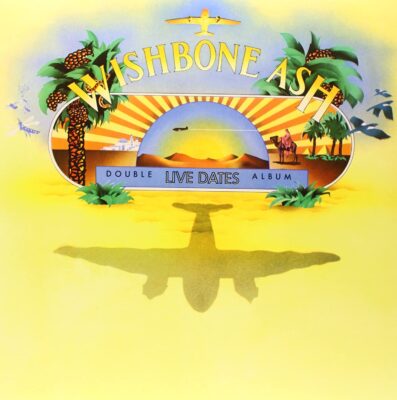 The original album contains eleven live tracks over two LPs (or 2CDs back in the early days of the format). The cuts were culled from four shows that include Croydon Fairfield Hall, Reading University, Newcastle City Hall, and Portsmouth Guildhall, all recorded in June of 1973 for the album. One thing is for certain, those shows contained a hell of a lot more than just the eleven tracks selected.

What I think would be a great idea, is for SOMEONE (doesn’t matter who), to go into the archives, find the tapes for all the shows in those venues, and assemble a 3CD (maybe more) Deluxe Edition of Live Dates. Add in new remastering, an updated and expanded booklet with new photos, and some new notes, I have a feeling there would be a lot of generated goodness for the set. In fact, if I worked at Universal in their catalog division, I would be consistently recommending this as a reissue project.

If this gets ignored, maybe I’ll have a go at it! I really think it has legs.

Wishbone Ash fans, what do YOU think? (Pass this around!)

EXTRA NOTE
In March of 2021, Universal reissued Locked In, Number The Brave, and Live In Tokyo in DD form. In January of 2021, Time Was: The Wishbone Ash Collection was reissued as DD.