Jack White has permeated more aspects of Rock and Roll than many have. From his time with The White Stripes, and other collaborative band ventures, his work with artists, his mentoring, and his industry connection with Third Man Records, Jack White is everywhere. But first, he was part of the duo, The White Stripes. That’s his debut point. 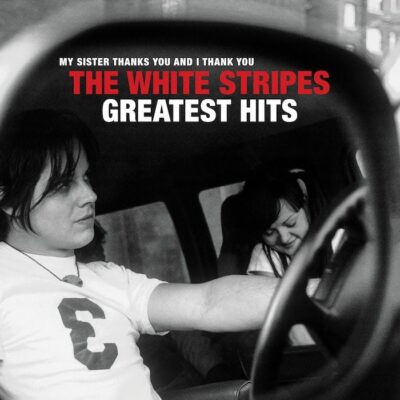 On December 4, Third Man Records and Columbia Records will release a ‘best of’ package for The White Stripes. Called simply, Greatest Hits, the collection reissues 26 WS songs in the duo’s first anthology of songs.

Greatest Hits will be issued on CD, DD, and 2LP 150g-weight pressings of vinyl. Additionally, there will be limited Third Man Records subscription “Vault” issues of the 3LP Rob Jones Edition of (Asides From That And Besides This) The Greatest Hits. It will be issued on red, white, and a splatter “Detonation” LPs. The “detonation” LP will contain a collection of non-album B-sides. The package will contain three Rob Jones prints, and lyrics magnets housing everything within a gatefold jacket.