Since 1970, Anne Murray was a popular fixture on both Country and Pop charts. Introduced to Pop audiences by way of “Snowbird”, she caught hold of the public ear, and since then, she’s been a favorite with every release. In fact, her last album, Duets, Friends & Legends from 2007 went double platinum in her origin country of Canada, and performed well on US charts. With 32 studio albums in release, Anne Murray has done quite well. Her star still shines brightly. 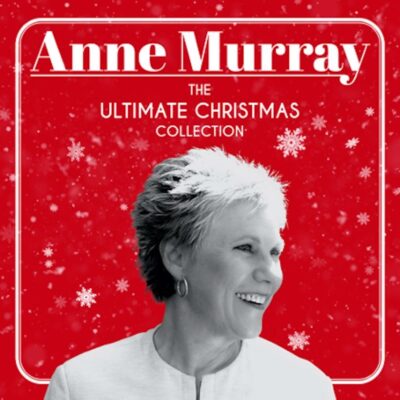 On November 20, Capitol Records digs their hands into some of her 8 popular Christmas albums released by Anne Murray since her first venture into the holiday market with Christmas Wishes, released back in 1981. It went multi-platinum for both the US and Canada. So, it does make sense to revisit those albums and pull the best for a singular release. That is what will happen with The Ultimate Christmas Collection.

The Ultimate Christmas Collection will offer 22 classic Christmas tracks. It will be issued on 2CD, and DD.

01 Joy To The World
02 Christmas Wishes
03 It’s Beginning to Look a Lot Like Christmas
04 Blue Christmas
05 We Three Kings
06 The Christmas Song
07 Let It Snow, Let It Snow, Let It Snow
08 Sweet Little Jesus Boy
09 No Room At The Inn
10 O Holy Night
11 Go Tell It On the Mountain
12 Silver Bells
13 O Come All Ye Faithful
14 I’ll Be Home For Christmas
15 Winter Wonderland
16 Away In A Manger
17 This Season Will Never Grow Old
18 Christmas In Killarney
19 White Christmas
20 Baby, It’s Cold Outside (with Michael Bublé )
21 Mary’s Little Boy Child/Oh My Lord
22 Silent Night