There are many under-appreciated or unrecognized genius musicians that never received proper attention. Largely because a hit was never manufactured or an individual was overshadowed by other things. One of those unrecognized musicians was Paul Kossoff.

Paul Kossoff was the guitarist for Free, the band who released the legendary track, “All Right Now”. After the dissolution of Free, Kossoff (also referred to as Koss) recorded a solo effort called Back Street Crawler. He released it in 1973. A band was formed using the name of Back Street Crawler and recorded two studio albums (The Band Plays On – 1975, 2nd Street – 1976). Unfortunately, Paul Kossoff died at the age of 25 before he was able to show greater things to the world at large. The band (without Kossoff) shortened their name and recorded two fine albums as Crawler. (You may remember a stunning blues number “Stone Cold Sober” as the extended promise of the band going forward.) 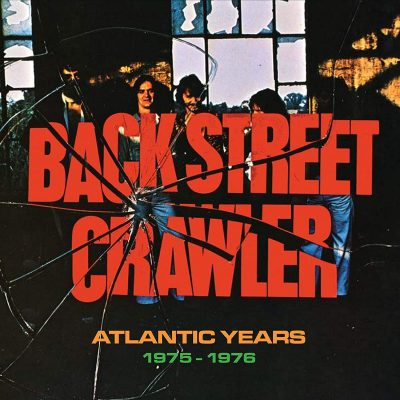 On August 28, a 4CD Box will be made available for fans of the short-lived Back Street Crawler project. Within the 4CDs, the two band studio albums released by Atlantic Records, a live UK set, and Kossoff’s 1976 final performance at the Starwood in LA are featured. Four bonus tracks are added to CD4 to complete the package.

This is a fine document of music for fans of Paul Kossoff and his works. If you haven’t yet, I suggest further exploration with Crawler.