Remastered Jackson Browne 1977 Classic, Running On Empty, To Be Reissued

Jackson Browne caught the attention of fans with a notable single track, “Doctor My Eyes” from his debut release, often referred to as Saturate Before Using (1972). From there, Jackson Browne became an essential staple of Southern California Rock alongside such artists as Poco, The Eagles, Linda Ronstadt, David Lindley, and Warren Zevon. He released several more classic studio sets, including The Pretender album before issuing a live set that would elevate him to a higher status as a recording artist.

On July 12, Elektra will reissue Running On Empty on CD, and vinyl LP and present the classic album with new remastering. However, there are no other adds to this set. The ten songs from the original were tracks performed in various live settings like hotel rooms, tour bus, stages, and a rehearsal room. A DD version will arrive sooner for the remastered classic on July 5.

A single reissue of newly remastered “The Load Out”/”Stay” was released on June 21 digitally. 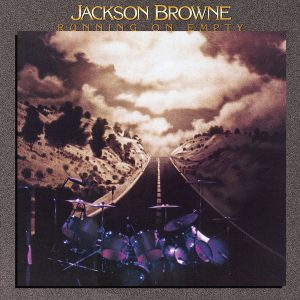