Typically, a sidework from a known performer whose day job is with one of the world’s greatest rock bands is usually relegated to the occasional remaster over time. Nothing fancy. But the opposite has occurred for Keith Richards. His 1988 solo debut, Talk Is Cheap, arrived to relatively good reviews. Talk Is Cheap was a star-studded affair with Mick Taylor, Waddy Wachtel, Bootsey Collins, Bernie Worrell, and just about anyone who came into contact with the famed guitarist. Talk Is Cheap contained eleven tracks. 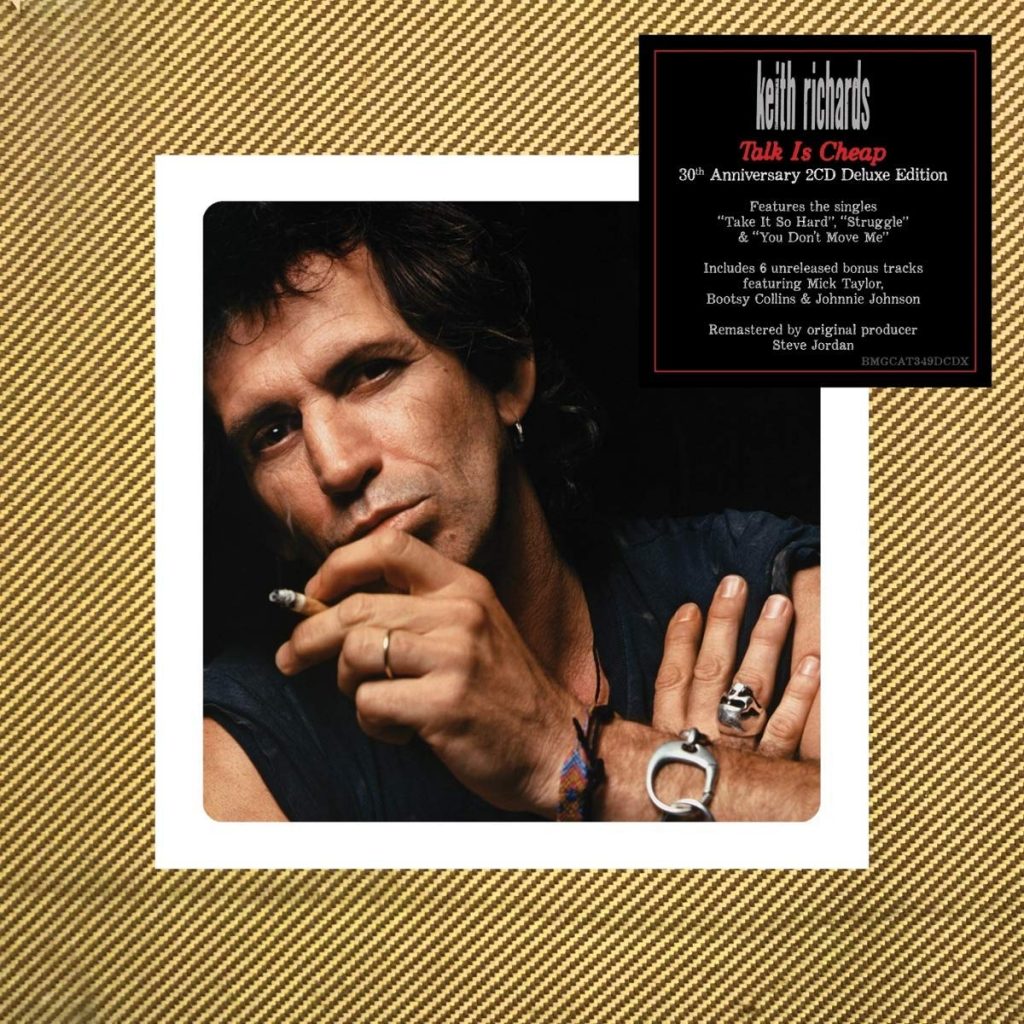 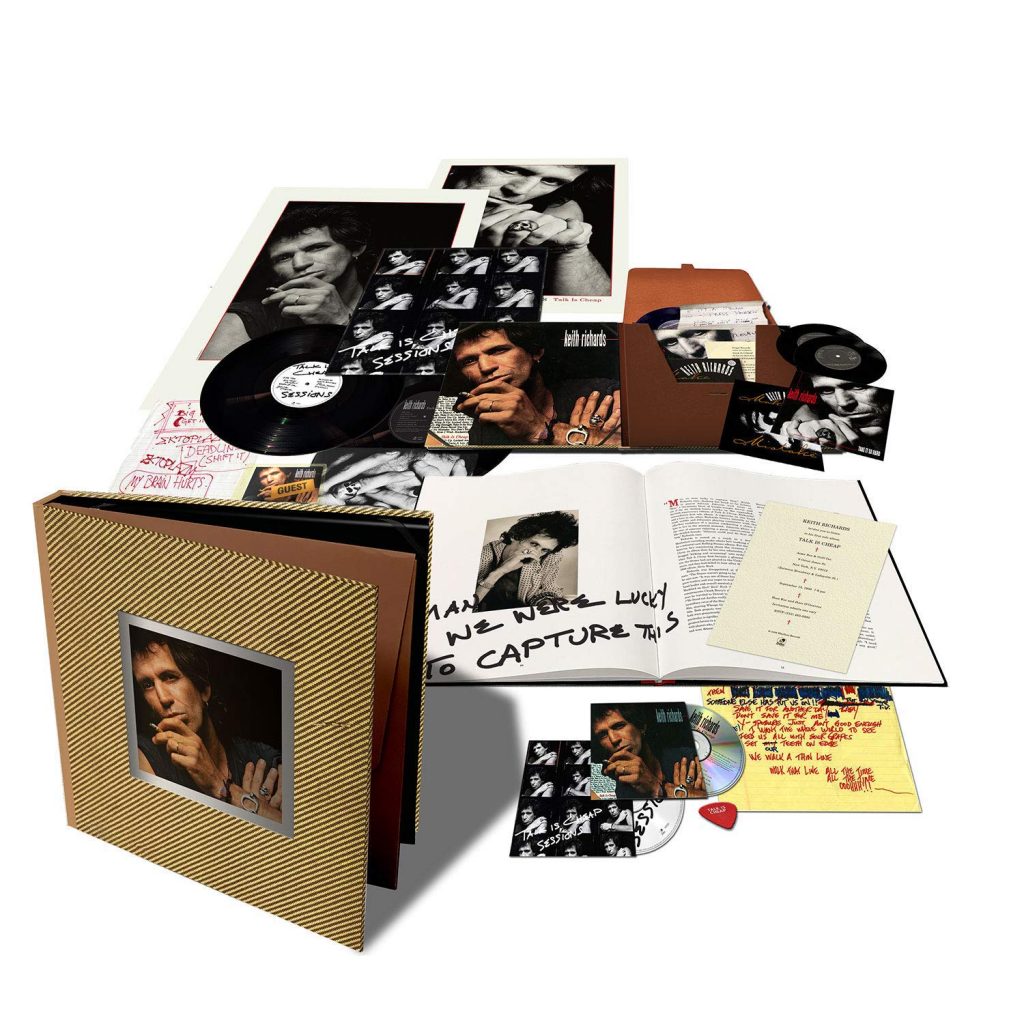 On March 29, BMG will revisit the debut set of Talk Is Cheap for a 30th Anniversary celebration. The new reissue will feature a 2019 remaster, and a collection of six previously unreleased bonus tracks placed on a second CD. The set will be delivered in a nice book-styled package.

The main course is the 2CD 30th Anniversary Edition. However, the remaster will also feature on a single CD set with just the original content, as well as two versions of vinyl LP (Red color vinyl, and black color vinyl). For the hardcore Stones/Richards fans, there will a 2CD/LP Box made available. That box will pack in two 7″ vinyl singles (“Take It So Hard” b/w “I Could Have Stood You Up”; “Make No Mistake” b/w “It Means A Lot”), an 80-page hardbound book, guitar picks, lyric sheets, posters, and more.