Curtis Mayfield earned popularity by way of his affiliation with The Impressions. Some of their top hits were “Keep On Pushing”, “It’s All Right”, and “People Get Ready”. OF course, The Impressions left behind a wealth of hits, enough to fill ‘best of’ collections. But eventually, Curtis Mayfield outgrew the band and moved into a successful solo career that jump-started with the release of his debut, and really hit his stride with the Superfly soundtrack, from which “Freddie’s Dead”, and “Superfly” both charted high. From there, Curtis Mayfield released sixteen more studio sets until his death in 1999 at the young age of 57. 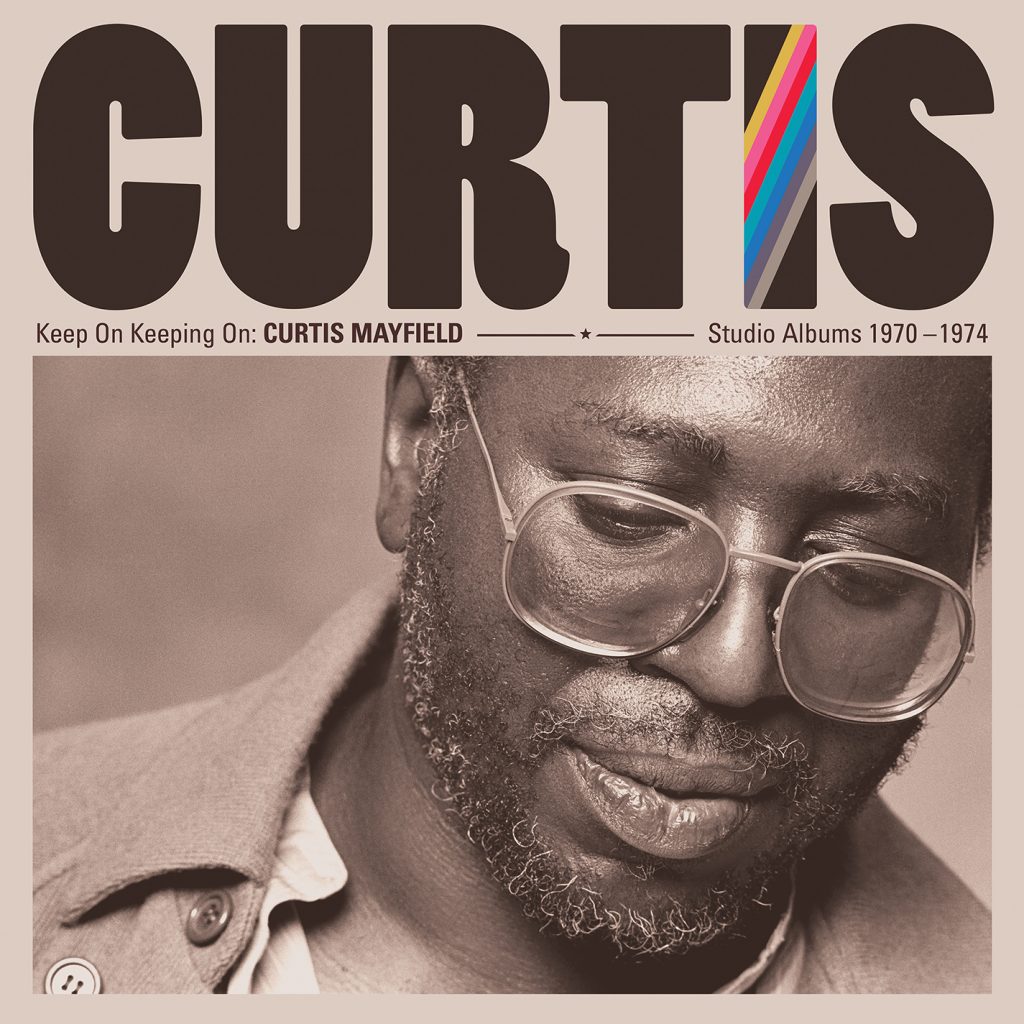 On February 22, Rhino will issue a collected albums set, Keep On Keeping On: Curtis Mayfield Studio Albums 1970-1974. For now, the actual track-list isn’t available however, we do know that the set encompasses 4 180g-weight vinyl LPs as well as 4CDs. With that in mind, I’m betting that Curtis (1970), Roots (1971), Back to The World (1973), and Sweet Exorcist (1974) are the inclusion bypassing the soundtrack of Superfly. But I could be wrong, so no sureties here yet.

Keep On Keeping On will feature newly remastered sets. This will also be made available on DD.