Over the years, Coldplay has become fan favorites beginning with their “Yellow” back in the year 2000. Since the release and widespread acceptance of that track, Parachutes (the debut album), and every album since then has gone multi-platinum in sales. Where Coldplay is concerned, their successes doesn’t surprise me. This is a band that understands the art of songcraft, and what listeners like. Overall, Coldplay has released seven studio classics, their last in 2015 (A Head Full of Dreams, with five singles). 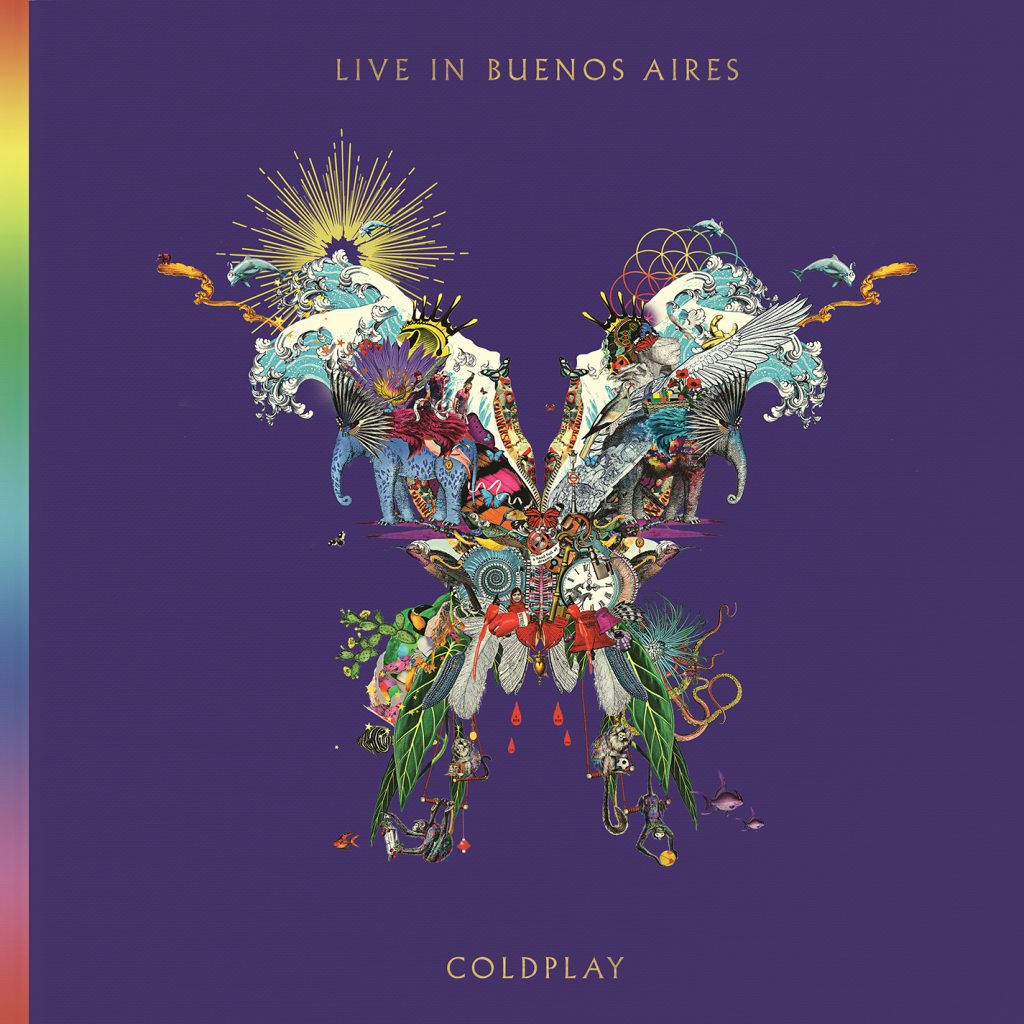 On December 7, Parlophone will release the band’s ninth Live set, Live In Buenos Aires. The show was recorded on their November 15, 2017 stage set.  The show was the final night of their A Head Full Of Dreams support tour. All in all, the band played to well over 5.5 million fans through the course of that tour.

The 2CD portion  of this live package will include the entire twenty-three song performance, a first for the band. In addition to the audio CDs, a DVD will be packaged with a filmed two-hour performance of the band’s previous November 8 São Paulo concert. An extra DVD will be included with the Head Full of Dreams documentary film that pores over the band’s musical history.

Live In Buenos Aires will also be released as a 2CD package, DD, and a 3LP 180g-weight gold-colored vinyl package that will pack in the two DVDs mentioned earlier.

A Head Full Of Dreams