Sarah Brightman, the celebrated soprano who has successfully crossed-over to several areas of music including Classical, Pop, and Musicals. She has explored Pop songs in her own style, and has given Classical a fresh approach, all making her one of the more successful and inspiring performers.  (An example of this Artists like Josh Groban are enjoyed because Brightman has pioneered and set the stage for such Pop/Classical crossovers. 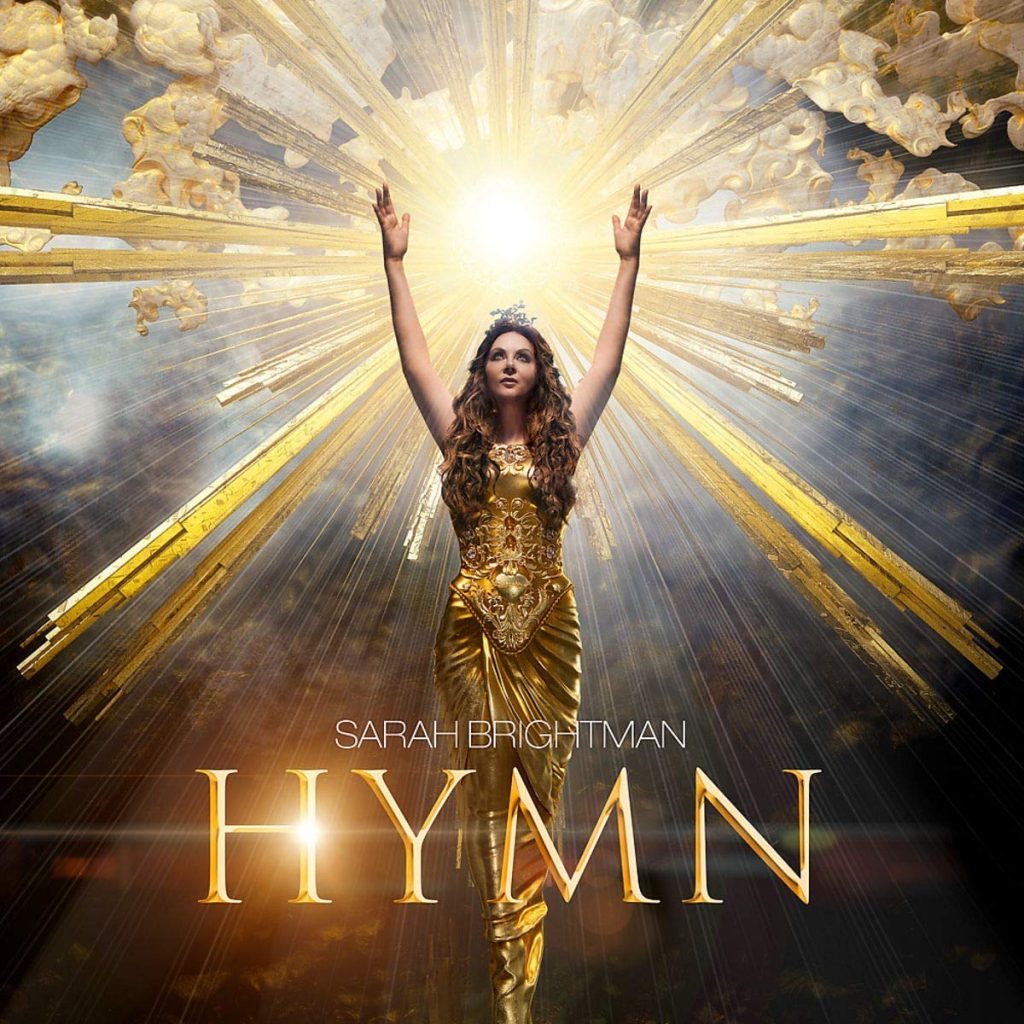 On November 9, Sarah Brightman returns to recorded music with the expected release of her latest, Hymn. For the album, Brightman says that the title of Hymn takes on a completely different meaning rather than suggesting a religious collection.

The twelve songs are orchestrated and choir-based. With the inclusion of Brightman’s extraordinary vocal style, the songs should become beautiful to listen to. Sarah Brightman’s last album was 2013’s Dreamchaser.

(For an interesting fact, Sarah Brightman was married at one time to Andrew Graham-Stewart, then manager of the ambient giant, Tangerine Dream.)