Earlier in 2018, King Crimson, who has consistently gotten better and better as they go along, released a multi-disc package entitled Live In Vienna. Prior to that album, Fripp’s brain child has provided grand selections of live material from their wide and varied career with KC’s multiple and quite able lineups. And yet they do it again. 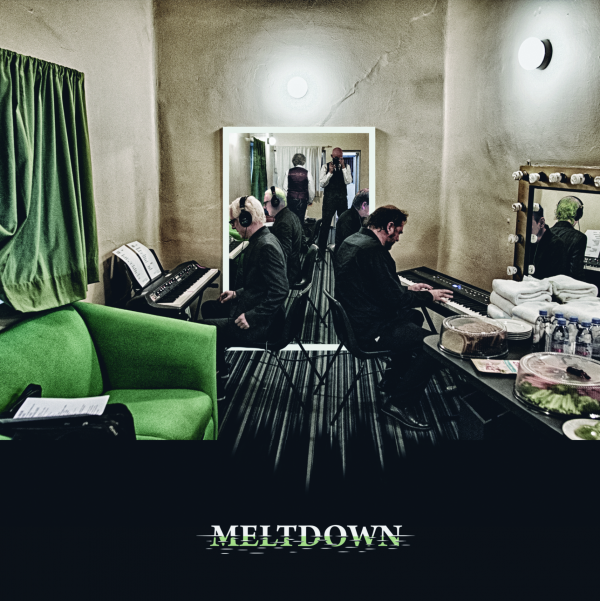 On September 28, DGM will release a grand new live set called Meltdown: Live In Mexico. The show’s content were recorded and selected from the band’s five night July 2017 stay (July 14, 15, 16, 18, 19). The shows were presented at around three and a half hours per night with a wide range of songs from the vast catalog of King Crimson. For Meltdown, which was performed at Teatro Metropòlitan in Mexico City, selected tracks were culled from the five night stand to create a 3CD set, and enhanced by the addition of a packed Blu-ray disc. The three CDs presents the songs played during the shows. But this set also includes the first play of “Breathless” (from Robert Fripp’s solo album, Exposure, 1979), “Discipline” (from Discipline, 1981), and “Moonchild” (from In The Court Of The Crimson King, 1969) by this line-up of musicians from later Fall shows in the US and Canada. (Thanks to Jim B for the heads up!)

The BD (Blu-ray) provides over two hours of HD video recorded over the shows, as well as HD Stereo (LCPM), and HD 5.1 Surround (DTS HD-Master Audio) of the live tracks heard on the 3CDs, all at 48kHz/24-bit sound resolution. The four discs are housed in two gatefold sleeves with an enclosed booklet with notes, and photos.