Melissa Manchester established a strong career with her affiliation with Clive Davis’ important Arista Records. With that, she released singles like “Midnight Blue”, and a rousing cover of Peter Allen’s essential track, “Don’t Cry Out Loud”, making the song her own. With a voice as stunningly beautiful as her looks, Melissa Manchester gave songs a strength that enriched her catalog of album releases, twenty studio sets in all (including last year’s The Fellas). One of those albums was Mathematics, a new label debut  for MCA Records in 1985 (and her only one with MCA). 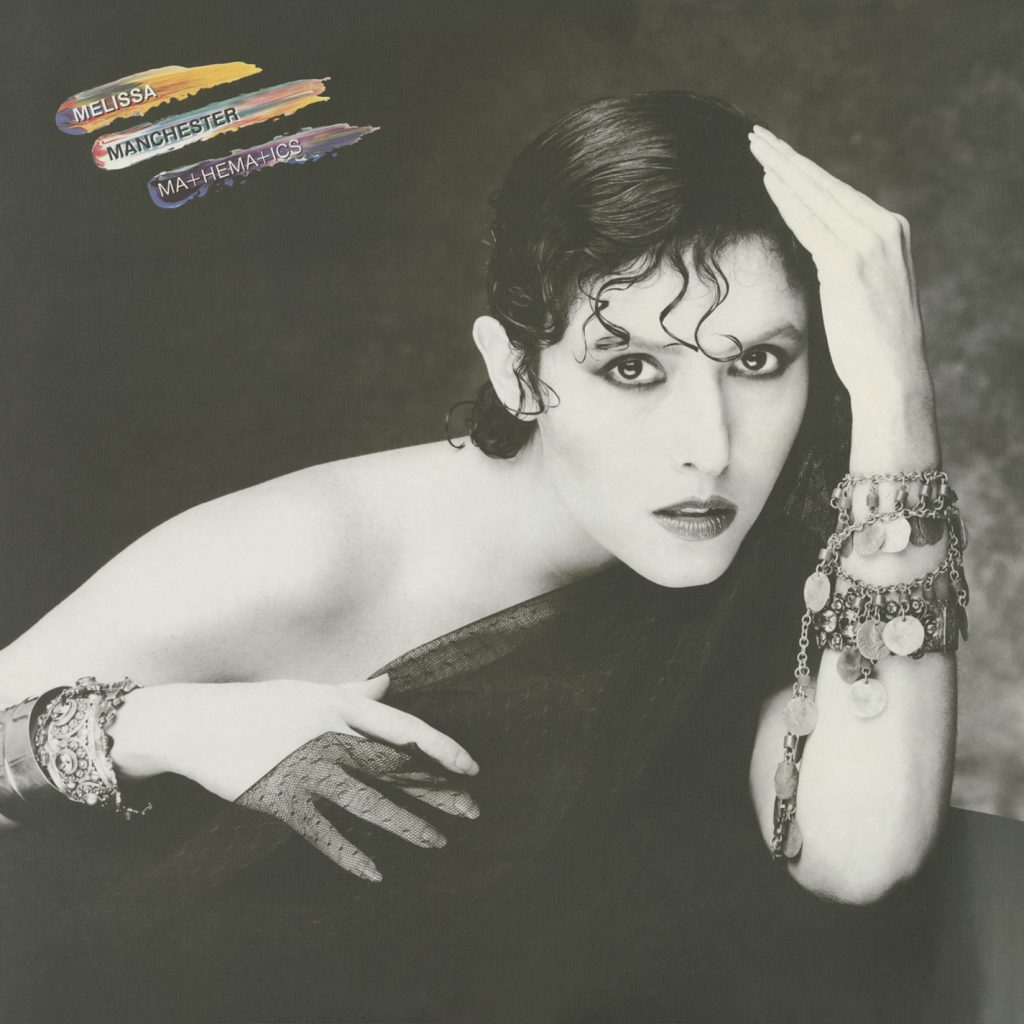 On October 12, Second Disc Records (awesome job, Joe Marchese! I know and love this guy!) along with Real Gone Music, will revisit Mathematics with a 2CD restoration that will not only deliver a newly remastered edition of the 1985 album, but will supplement the album with a disc of thirteen bonus tracks (see track list below) that includes b-sides, dance remixes, outtakes, and three versions of “The Promise (I’ll Never Say Goodbye)” from the film, The Promise.

Joe Marchese has written the notes for the new reissue. Mathematics will be issued on CD and DD.

It’s a good time to be a Melissa Manchester fan.