You know the legend by now, how in the ’60s nobody knew about The Velvet Underground, but everyone who heard them started their own band. Well, for a different generation, Pixies had the exact same effect.

You may never have directly heard the band or lead singer Black Francis/Frank Black (born Charles Thompson) in the late-’80s, but their muted verse/loud chorus dynamic was cited as a major influence for Nirvana. David Bowie covered their song “Cactus.” “Where Is My Mind” perfectly nailed the lid on the end of the movie Fight Club. TV producer Chris Carter was such a devotee that, after his work on The X-Files, he named the lead character in the spin-off Millennium “Frank Black.” The influence, you see, they had.

Seminal British label 4AD was the homebase for the Pixies’ early years, and they have announced a super-deluxe reissue in the offing on September 28 for the band’s launch into the spotlight.

Per the press release:

“It’s been thirty years since the release of Surfer Rosa – a record made up of rage, religion, gore, incest and superheroes named Tony – a debut album so good that it’s since seen as a masterpiece. A year prior came Come On Pilgrim, an eight-track mini-album released in 1987 which contained cuts culled from their first ever studio session, where they famously recorded seventeen tracks
in just three days (in full, this session makes up the band’s much bootlegged and now officially released The Purple Tape). 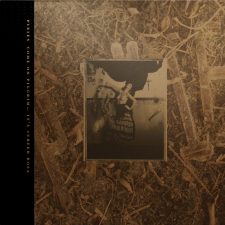 “These formative records showed the Pixies to be an alien breed; four oddball outsiders from Boston blending US underground thrash rock, indie surf pop and Spanish-language flamenco with the Biblical mythology of Francis’ childhood. They would go on to record another masterpiece in 1989’s Doolittle but it’s the gruesome glory of Surfer Rosa, and the ruined sexuality of its cover image (a topless flamenco dancer in a crumbling Mexican bar) that set a fresh blueprint for an indie rock dynamism that not only planted the seeds of grunge, but of much of the best rock music made since.”

Coming as a triple CD and triple vinyl LP, the set includes:

Live From The Fallout Shelter