A mysterious email recently landed in the in-boxes of Foo Fighters fans. The header mentioned “‘Play’ – A New Song By Dave Grohl” and notes that the track is coming on August 10. A pre-order for the song is available at: https://shop.foofighters.com/collections/featured/products/play-digital 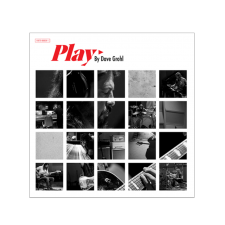 A YouTube trailer video features Grohl apparently recording the intro to the song and playing all the instruments. It is, indeed, solo Dave Grohl and not a new Foo Fighters in disguise. Play, the album, is slated for a September 28 release. A pre-order for the album is at: https://shop.foofighters.com/collections/featured/products/play

The teaser video is at: https://play.roswellfilms.com/

All that having been said, “Play” might be the first officially designated Grohl solo effort, but the first Foo Fighters album (featuring “Big Me” and “This Is A Call”) was essentially a solo as well, with Grohl purportedly playing all the main parts.