From the first seconds of “Do You Really Want To Hurt Me?”, the single from Culture Club‘s first Virgin album, Kissing To Be Clever (1982), it was immediately recognizable that the band not only had a fantastic singer, but that the band itself would become a part of the musical landscape as the New Wave period grew. With Boy George’s increasingly flamboyant dress and behavior, Culture Club helped to add to the expanded mystique of Post-punk and the New Wave that rose from it.

After five studio issues, their last being the ‘comeback’ effort, Don’t Mid If I Do (1999), Culture Club went into sleep mode, awaking to release a stunning single, “More Than Silence” in 2014 but not releasing a supporting album along with it. That’s changing…finally! 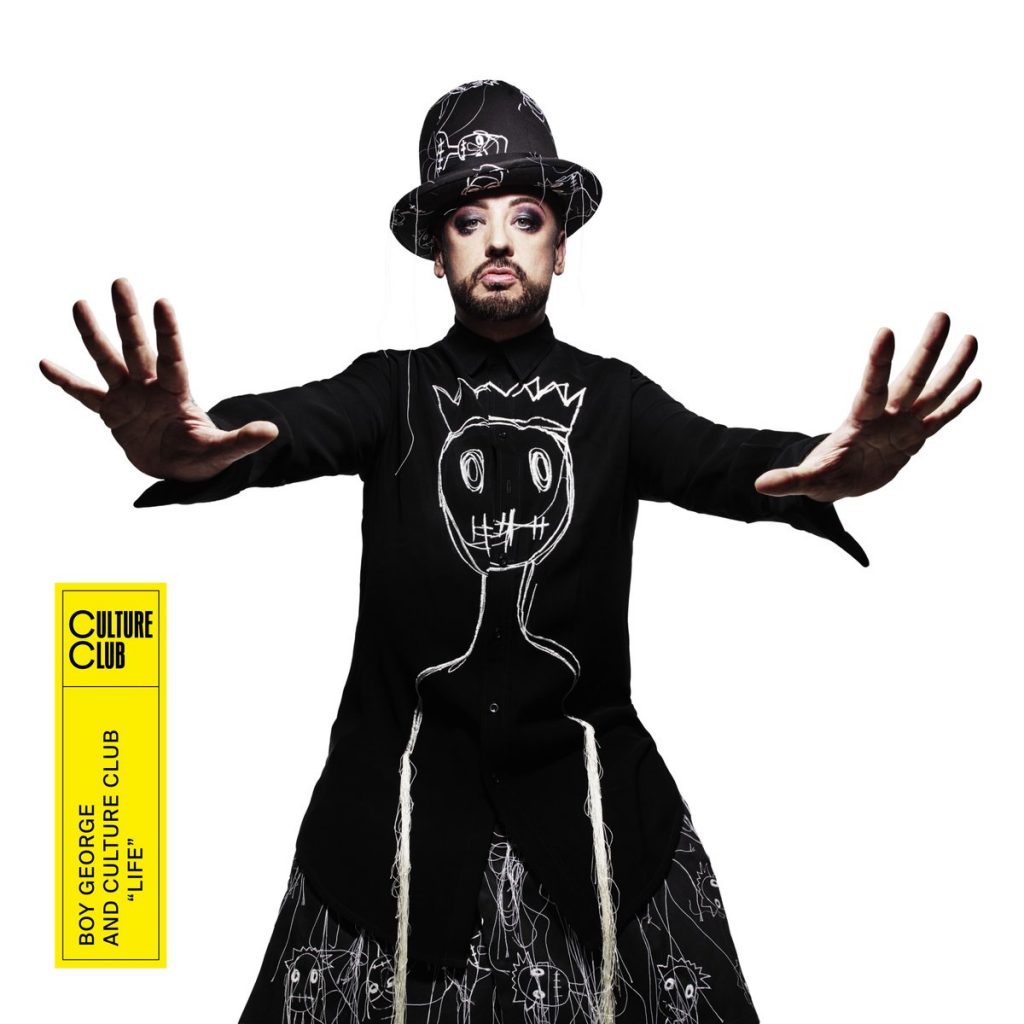 On October 26, BMG will release the next Culture Club album (although Boy George & Culture Club is employed as the artist). The new album is being called Life and will feature eleven songs including the 2014 tune mentioned above. Currently, a new single -“Let Somebody Love You” is out (hear below, along with the older “More Than Silence” single embedded below it).

Life will be released on CD, DD, vinyl LP, and Cassette.