Steve Hackett, once a vital part of the nucleus of Genesis back in the ’70s, has collected a dedicated fan-base with his vast array of solo a;bums and collaborations since his departure. With Genesis, he remained integral through 1976’s fine Wind & Wuthering set. But even before Wind & Wuthering, his talent was exploring the airwaves with his first solo album, Voyage Of The Acolyte (1975). In his native UK, his music was closely appreciated. The US had fans but not like the UK. Leading up to now, Steve Hackett has released a whopping twenty-plus studio albums, and a fair helping of live albums. 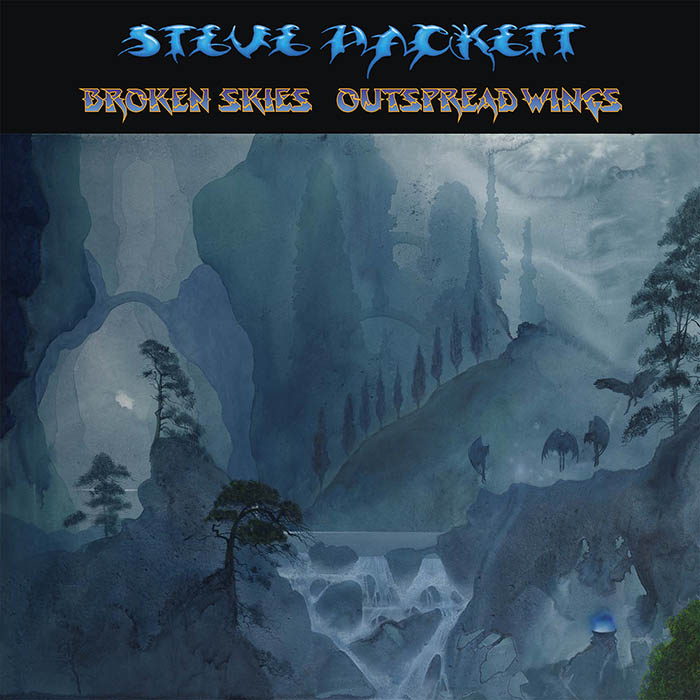 On October 5, watch for a boxed collection being called Broken skies – Outspread Wings (1984-2006). It will provide his work that spans a widespread but specific period. The Box will be packed completely with newly remastered CD editions of Till We Have Faces (1984), Guitar Noir (1993), Darktown (1999), Feedback 86 (2000), To Watch The Storms (2003), and Wild Orchids (2006). In addition, two DVDs will be included with a collection (as yet unknown) of new 5.1 mixes, live performance tracks, and the video of Somewhere In South America (Buenos Aires at Teatro Coliseo  on July 1, 2001).

The box will include a stuffed 60-page book with notes, photos, lyrics, credits, memorabilia, and more. The cover features a new Roger Dean creation. One of the bonus tracks is a new version of the GTR song, “When The Heart Rules The Mind”. Additionally, three previously unreleased live videos are included.