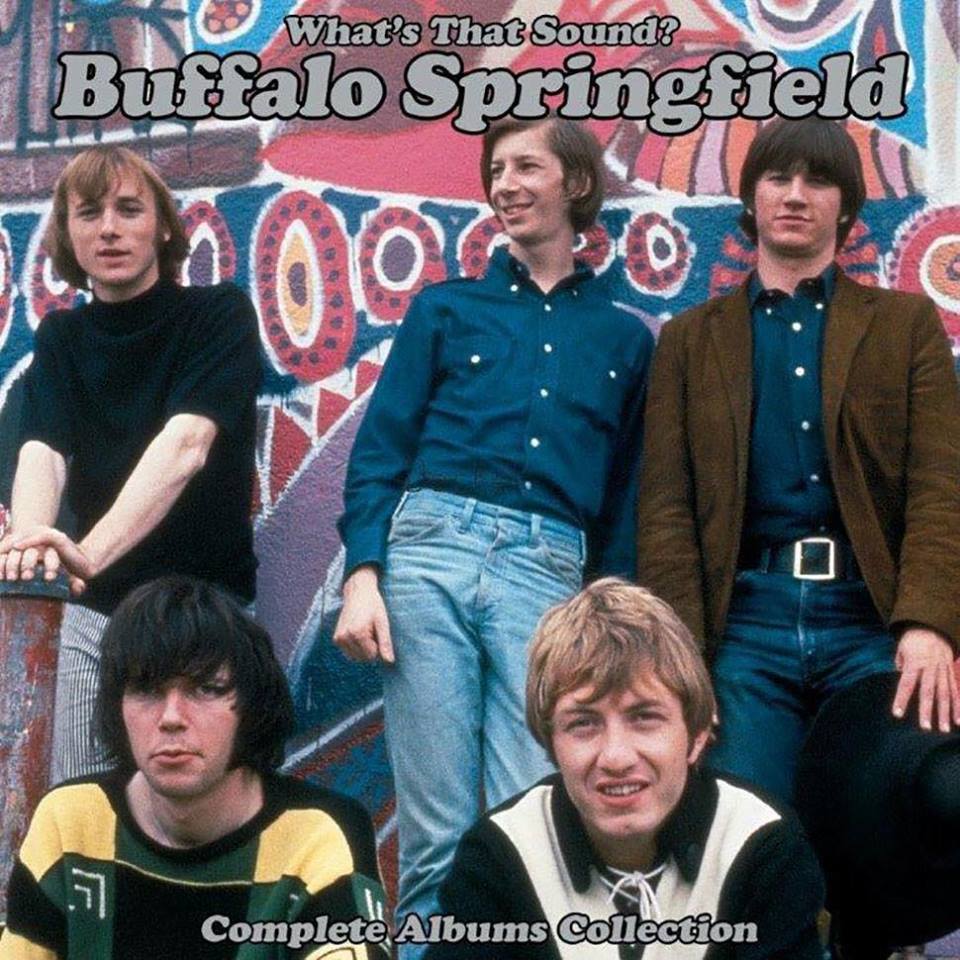 On June 29, Rhino Records will release a 5CD Complete Albums Collection with all music newly remastered for this set. Their three albums are here with the first two presented in both Stereo and Mono mixes. Last Time Around will be presented only in its original Stereo. The box set will be named What’s That Sound?, and will be issued on 5CD, DD, as well as a limited edition 180g-weight vinyl LP Box. The set is currently available for pre-order.

(For the first album, there is a bit of history to the add of “For What It’s Worth”. It was not on the first release but as the single soared up the charts, it was added to the album and shifted to the first track pushing the others down a notch in the play list. That is represented on CD2 for the Stereo version of Buffalo Springfield. It’s at the end of the track-list for the Mono version of CD1.)