A year ago, Real Gone Music collected Cheap Trick rarities into a volume called The Epic Archives, Vol 1 (1975-1979) (here). Needless to say, it was a hot issue and copies sold through. No surprise there. But as a ‘volume x’ inclusion will hint, there has to be a follow-up.

On June 1, the folks at Real Gone Music will revisit Cheap Trick with a second volume of The Epic Archive. The previous volume represented the band from periods 1975-1979. This second volume will represent the band from periods 1980-1983. There will be sixteen tracks doing the heavy lifting in The Epic Archive, Vol 2 (1980-1983). In those sixteen tracks, there will be three from the 1980 Found All The Parts EP, and gifting a collection of live performance tracks, demos, singles, a B-side, pulls from soundtracks, a remix, and others (see list below). One of the songs, “Loser”, recorded in 1980 but written in 1976, is included here in its previously released form as is “If You Want My Love”. 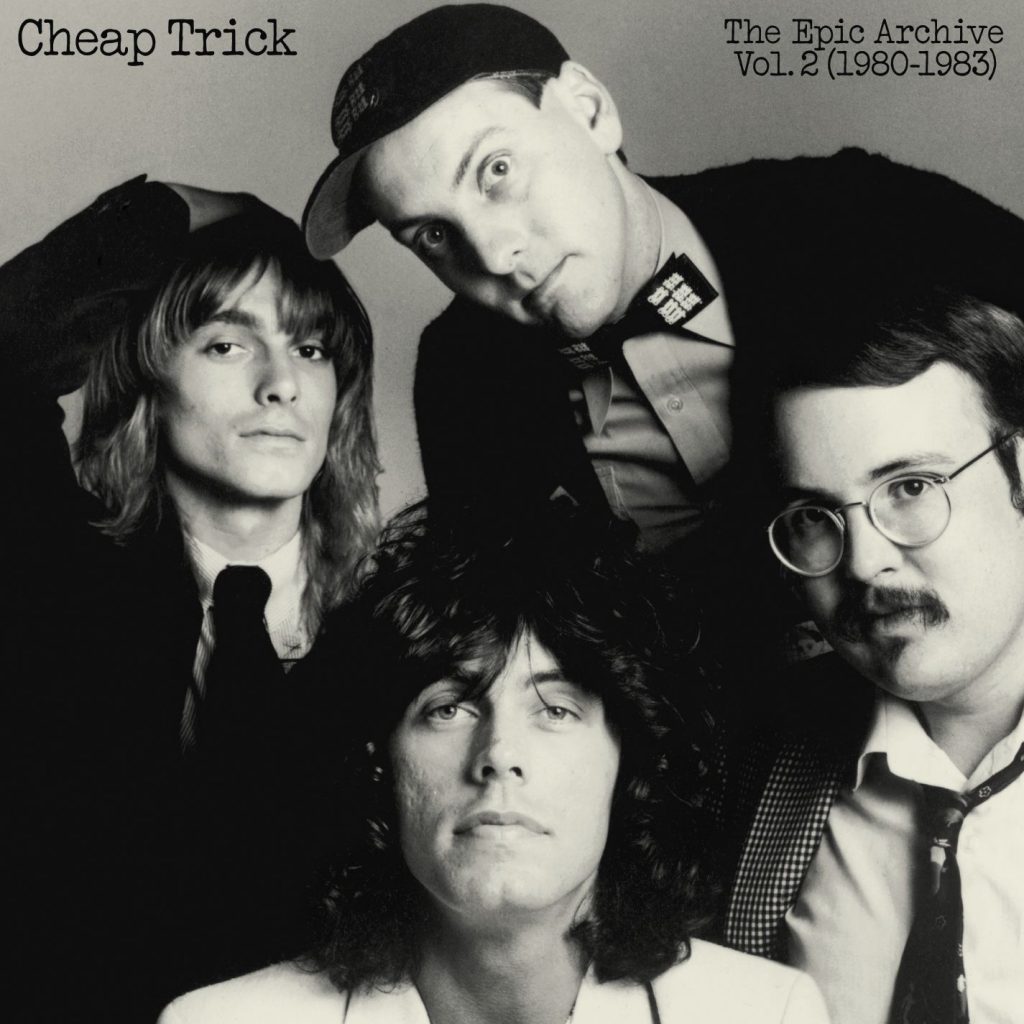 This collection is newly remastered and will include a booklet with rare photos, track by track commentaries, and notes by Carlos, Nielsen, and Petersson. Ken Sharp will add notes as well.