Mondo Deco, Underappreciated 1976 The Quick Release To Be Remastered and Expanded

Here’s a great piece of news for music obscurists!

When Kim Fowley introduced what would soon become a hit and legends in their own right, The Runaways, it was only a simplistic crossover to do the same with a young boy band. That’s when Fowley assembled The Quick.

The Quick were five talented LA-based lads with an ear to the ground, able to create catchy Pop/Rock tunes. Their only album, Mondo Deco, was released by Mercury Records back in 1976. And while it generated a fair excitement, it wasn’t enough to keep the band going past a three year existence. Nevertheless, through the years, Mondo Deco was an album easily revisited for its good music. And still is. 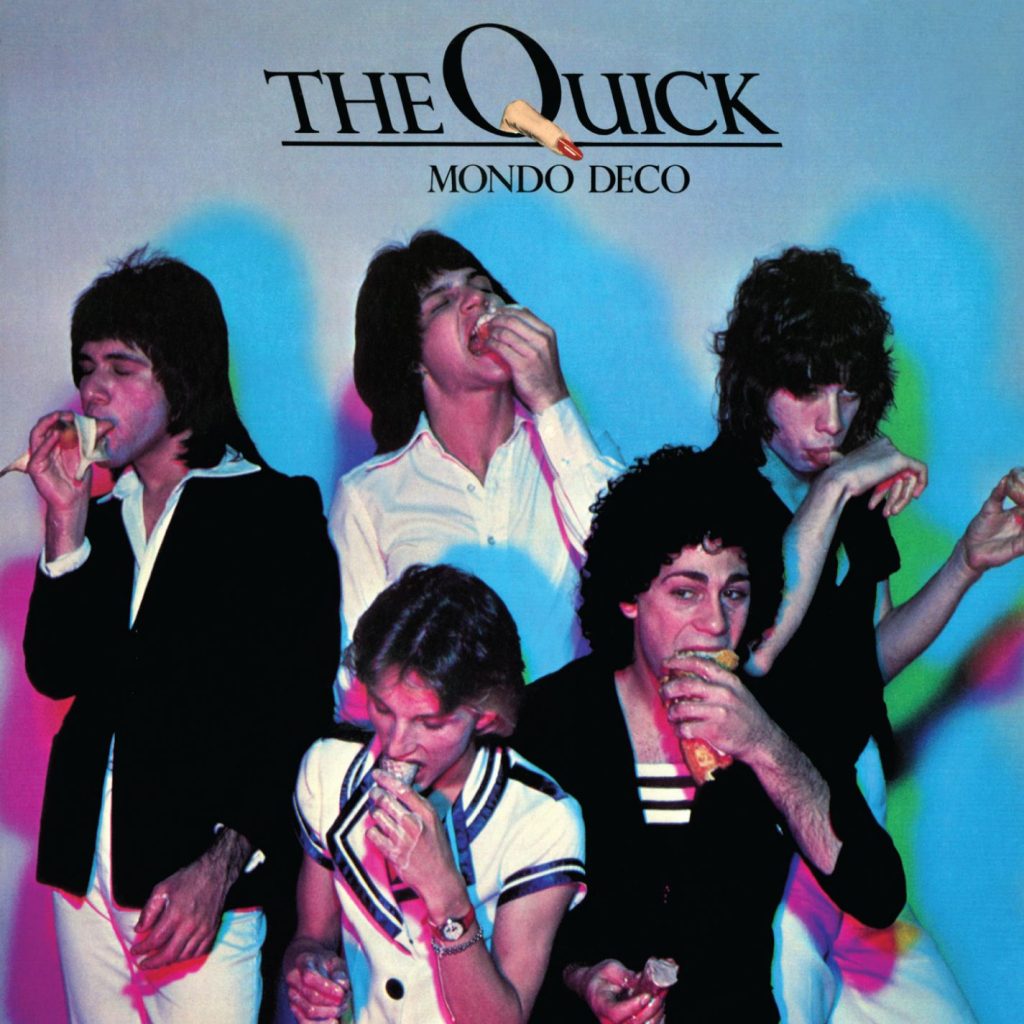 On June 1, Real Gone Music will release a newly remastered and expanded edition of Mondo Deco. This anticipated reissue represents several things. First and foremost, it is the FIRST time Mondo Deco is being released on CD. Secondly, this reissue of Mondo Deco will contain ten Mercury demos, as well as a bonus previously unreleased outtake from the Mondo Deco sessions.

The welcomed booklet will provide photos, an essay, new notes, and other grand things to cap off of one 2018’s exciting releases.