On April 20, Rhino will reissue the 1979 Cheech y Chong soundtrack album to Up In Smoke. And do it in great style and attention. What is being assembled is being referred to as the 40th Anniversary Deluxe Collection. It will be released as a CD/BD/LP/7″. This Box celebrates the 40th Anniversary of the classic cult film.

The CD and vinyl LP contain the original soundtrack while the Blu-ray (BD) contains the 1080P HD version of the film with audio at 5.1 Surround DTS-HD MASTER. Additional extras will complete the BD:

The CD will provide a previously unreleased version of “Up In Smoke” with an additional verse in Spanish, “Up In Smoke 2018”. The 7″ vinyl single will provide a two-sided picture disc single with “Earache My Eye” b/w “Lost Due To Incompetence (Theme From A Big Green Van”.

The housing will be 12″ x 12″ six-panel gatefold and will only be available in a limited run of 5000 copies. 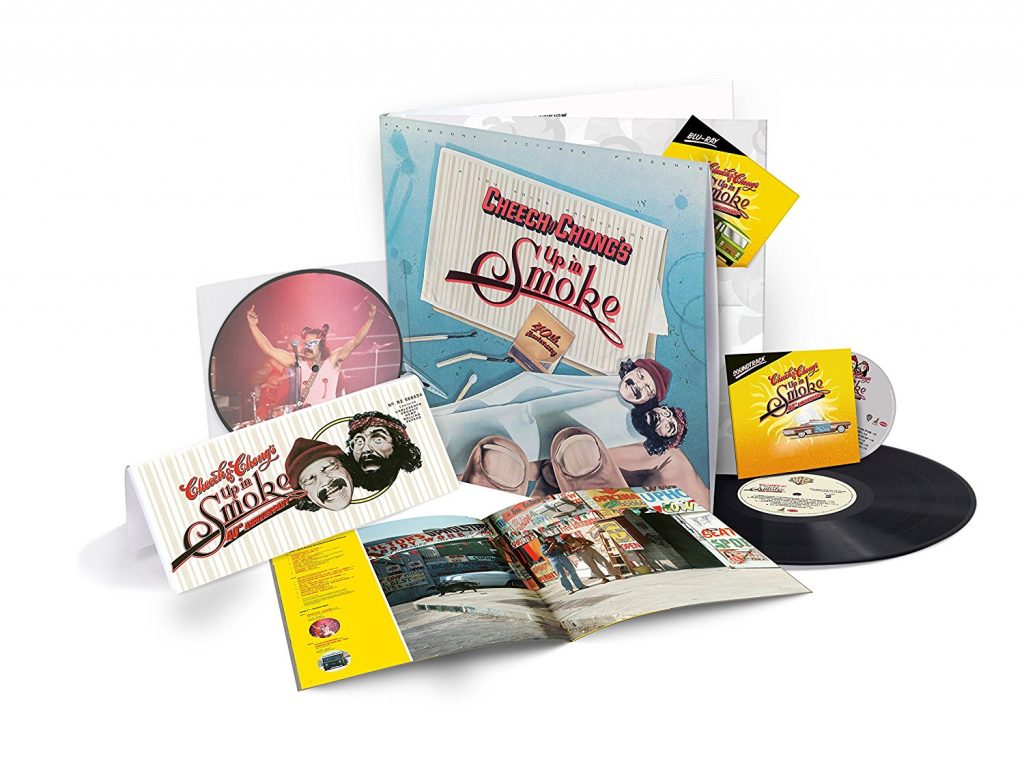