While I recognize that my musical tastes are extreme and all over the map, I’m still lucky enough to enjoy many old (and new) classics that pass over to you easily enough. But I would be remiss if I didn’t pass along something that stays in my head some months after release, and to introduce the artist that creates that excitement. This particular song is “Andy Warhol’s Dream”. The artist is Trevor Sensor.

As in days and decades past, once a label produces consistent likable talent, you come to watch out for their releases if only to sample what they’re interested in at the moment. One such label these days is Jagjaguwar. Last year, they released a Trevor Sensor debut album, also called Andy Warhol’s Dream. This album is a dreamy folk-based collection of tunes that has been likened to Woody Guthrie (although more Arlo, to me), early Bob Dylan, Tom Waits, Sufjan Stevens, and – I suppose – some Bon Iver, He was born in Sterling, Illinois, which gives a bit of a midwest intrigue with other places like NYC. 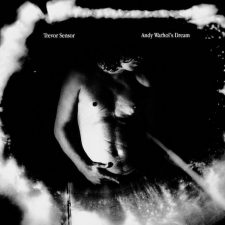 The song, “Andy Warhol’s Dream” (heard below) easily reveals a strong Dylanesque voice (No? Then listen to “Nothing Is Fair“), if not a tad more unique and reminiscent of another artist who’s name eludes me (Help?). His lyrics explore like the lyrics of the ’60s, in ways more intense and pleading than anything U2 or Springsteen could conjure up these days.

Needless to say, I can’t escape the “Andy Warhol’s Dream” gem. And it compels me to hear more of his music, of which there are this debut album, and two previously released EPs (Texas Girls and Jesus Christ – 2016, Starved Nights of Saturday Stars – 2016).

I can only introduce you to Trevor Sensor. What you do after this is up to you. But Jagjaguwar got this one completely right!