Blondie set their stage back in the ’70s with their debut album, simply called Blondie. Released on Chrysalis Records in 1976, the album ended up Gold as it helped to jumpstart the incoming New Wave era. Headed by vocalist and eye-candy singer, Debbie Harry, the band eventually delivered strong hit singles and greater-selling albums. Their peak-era lasted through 1982, and was extended by a successful comeback album in 1999.

On July 16, BMG will release a live set from 2019 on vinyl LP that will celebrate the event and the souundtrack from the short-film documentary that surrounded the setting. The LP will be issued on Limited Edition Pale Blue vinyl, with a Yellow vinyl color edition arriving on August 12. The album is being called Vivir En La Habana and will feature six live tracks recorded from their Cuba showcase. 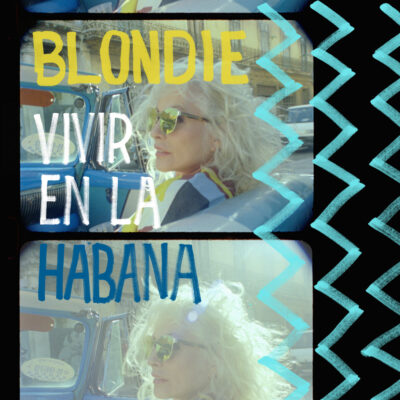