The Rolling Stones, aged as they are, still rule the mapworks of Rock and Roll.  They’ve recently reissued old classics in stunning detail, reissued a live set, and have underwritten a successful tour (again). They’ve recently released a new song (“Living In a Ghost Town”), and are currently in the studio to finish what will be their 27th studio set. Yes, The Rolling Stones have perservered when most have folded their card holdings.

On June 10, The Rolling Stones will release a performance set from their 2003 MSG show in NYC, a part of their extensive 40th Anniversary tour schedule. The set will be called Licked Live In NYC. It will be issued via Mercury Studios across several platforms that will include 2CD, DD, DVD, BD, and 3LP. The DVD and BD will be packed in with individual 2CD combo set (you choose the video configuration you desire). 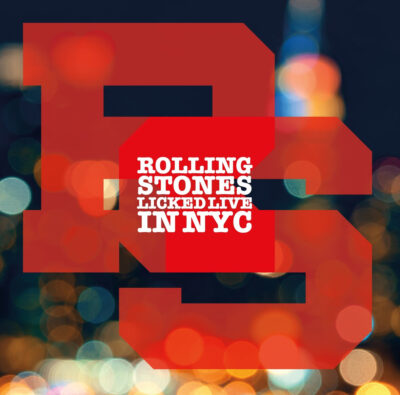 Much of this set has been previously displayed on HBO in a 2003 presentation and available commercially on Four Flicks. This new set will feature all new remastering and restoration and will include the added bonus of four previously unreleased songs, from the same show. The Blu-ray disc will add in an exclusive pair of bonuses that include the 51-minute documentary – Tip Of The Tongue, as well as Boston Backstage.